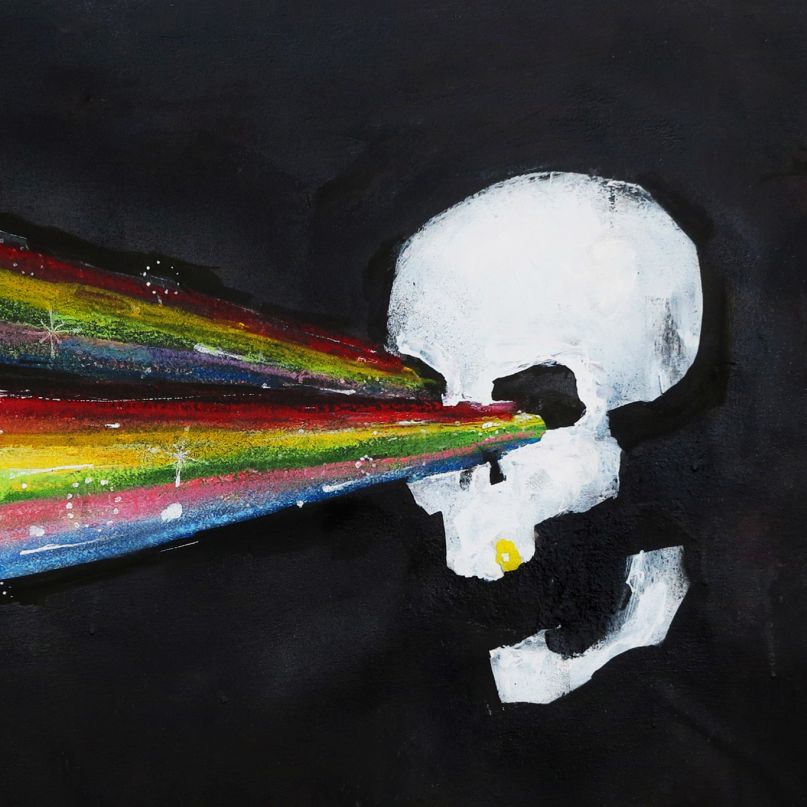 Legend has it that once every six years, on the night of a blood-red full moon, Greg Edwards and Carla Azar descend into the heart of a moss-encrusted crypt in the heart of Los Angeles and whisper the profane rites that awaken Eugene Goreshter from his arcane slumber. With 2016 marking the sixth time around the sun since the release of Autolux’s sophomore record, Transit Transit, it’s only fitting that the trio come forth once again to unleash their techno-psychedelic ruminations on 21st century anxiety.

Of course, though, the intervening half-decade-and-change hasn’t exactly been a sleepy one for the group. Edwards is fresh off a reunion tour with cult alt rock act Failure in support of last year’s The Heart Is a Monster. Azar beat the skins for a pair of Jack White albums and appeared alongside an ascendant Domhnall Gleeson and papier-mache-headed Michael Fassbender in Frank. Nor has the surrounding musical landscape stood idle in the interim. The underground/mainstream singularity that has been brewing over the past two decades is closer than ever, with the once bitter rivals locked in a zesty interlock of mutual admiration. One would hope that, with everything else the principle players have going on, a new Autolux album would be born out of a sense of urgency, a need to respond to the strange, wondrous, and terrifying times we inhabit.

And, to some extent, Pussy’s Dead fulfills those hopes. Thanks to the presence of producer Boots, still hot off his boundary-defying work on Beyoncé’s 2013 self-titled album, the record stands as more sweaty coupling of independent and mainstream musical aesthetics. With Boots riding shotgun, the trio ventures ever deeper into the realm of the digital, with intriguing results. Lead single “Soft Scene” is probably the most striking offering, giving off heavy -head vibes (of both the Portis- and Radio- variety). Azar’s vocals slither wraithlike over a twitching bed of computer-generated clicks, hisses, twitters, and rumbles, and a bass line that gets progressively filthier as the song goes on. The most overtly human touch is Azar’s erratic drum work on the minute-and-a-half-long instrumental coda, which cuts a sharp contrast to the relative minimalism of the programmed beats undergirding the previous three minutes. It’s a step or five beyond even the electronic infatuation of Transit Transit, a robotic soundscape constantly mutating around the bones of its basic rhythmic through-line.

The rest of the album plays with the same ideas, though rarely venturing as deep into alien territory. “Junk for Code” probably comes closest to the wild experimentalism of “Soft Scene”. In an interview with Noisey, Edwards describes the song’s forced evolution under Boots’ direction, the intense process of building “scaffolding” around the rhythmic structure before gutting the whole thing with a melon-baller.

The remaining exoskeleton of a song is every bit as radical as the previous track, but without the benefit of the former’s icy, unshakeable hook. Most of the remaining songs combine Autolux’s newfound techno-fetish with some of their familiar hallmarks in more straightforward ways. “Change My Head” and “Listen to the Order” both build to entrancing, if more conventional psych rock-based, crescendos. The album’s remaining MVP, “Becker”, bats cleanup. It opens with an acoustic guitar figure reminiscent of Nirvana deep-cut “Opinion”. That familiar snatch of memory is quickly swallowed up by the protean arrangement, but it never stops haunting the song. It recurs, like a half-remembered fragment of lost humanity refusing assimilation. So, musically, Pussy’s Dead has a lot going for it, although the sprinkling of slower numbers (“Hamster Suite”, “Anonymous”, “Reappearing”) has a way of draining the album’s momentum.

Lyrically, things are also hit-or-miss. The dystopian quality of their theorizing remains intriguing, but they occasionally veer into dour first-world miserablism. (If ever there were a sign that you need to get out of L.A. for a while, it’s when you pen a lyric like the chorus to “Selectallcopy”: “It’s oh so sad/ To be happy all the time.”) Taken as a whole, the record doesn’t match the highs of its best material as often as it could, but there should be enough new ideas at play to hold fans over for the next six years.