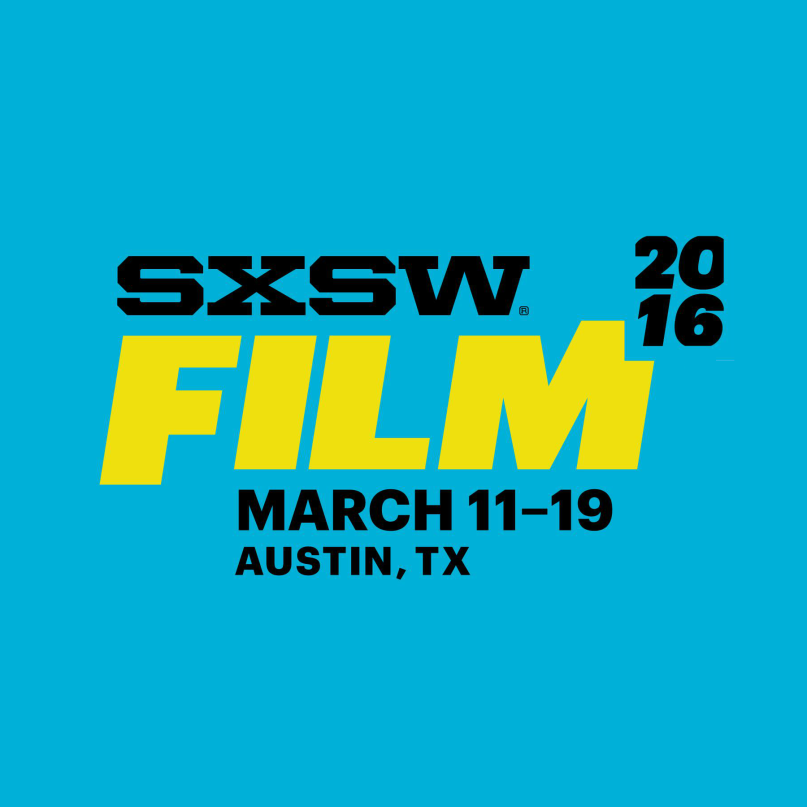 Another March, another installment of South by Southwest.

In a few days, Consequence of Sound will touch down in Austin, Texas, where we’ll roam the sun-scorched streets in search of the next great film. Will it be Richard Linklater’s Boyhood follow-up, Everybody Wants Some? Or will Jeff Nichols steal the festival with his sci-fi adventure, Midnight Special? Perhaps it’s one of the dozen exciting documentaries that will tell the best story? Hey, it wouldn’t be the first time.

If we’re being honest, though, we really dig a good genre film. Most of us learned to walk and talk in the horror and sci-fi aisles of our local video stores, clutching on to cult titles by John Carpenter, David Cronenberg, Wes Craven, Ridley Scott, and James Cameron. We spent our Octobers roaming around the streets of Haddonfield and one too many midnights silently screaming in space. Decades later, little has changed.

Because of this, we’ll always look forward to South by Southwest. Out of all the major film festivals, it’s the one that capitalizes on those feelings best, and this year’s lineup is no exception. Ti West delivers his first Western with In a Valley of Violence, the one and only James Caan returns to thrill in The Waiting, and Fede Alvarez apparently has something wicked coming our way. How we’ll sleep is beyond us.

Nevertheless, our schedules are ready as they’ll ever be, and starting this Friday, we’ll be delivering our nonstop daily coverage of the 2016 South by Southwest Film Festival. In the meantime, though, we’ve pieced together the 10 films that we’re particularly fond of ahead of the starting line. These are the films that we’ve inked into our calendars, and if we’re lucky, they’ll all be bona fide popcorn classics.

Fingers crossed for some five-baggers.

The latest from Richard Linklater, Hollywood’s preeminent romantic jock philosopher, Everybody Wants Some chronicles a group of ‘80s college baseball players as they bond, experiment, and figure out how to live without supervision. A “spiritual sequel” to his 1993 sophomore effort, Dazed and Confused, the movie promises another unfiltered, non-judgmental look at rebelliousness, complete with a fresh-faced ensemble and a killer soundtrack that runs the gamut from punk to disco to that good ‘ol rock n’ roll. This sort of freewheeling, unfocused narrative is right in Linklater’s wheelhouse, and 2014’s Boyhood showed he still knows how to tie together any number of disparate elements into a coherent, moving narrative. Fingers crossed for a Rory Cochrane cameo. –Randall Colburn

Four years later, writer and director Jeff Nichols returns with a sci-fi vehicle running on a little Carpenter and Spielberg. (Think Starman and E.T., respectively.) Midnight Special follows a troubled father (the inimitable Michael Shannon) on the run with his gifted son, Alton (Jaeden Lieberher), who possesses special powers of, let’s just say, “the third kind.” These talents draw the ire of annoying religious extremists and local law enforcement, which, naturally, turn the proverbial heads of the all-encompassing Federal Government. Nichols is clearly shaking up some genres here, and we’re willing to sit back with some popcorn and smile. Even better, Shannon’s coming off an incredible year, and he’s surrounded by a mouthwatering cast of Joel Edgerton, Kirsten Dunst, and Adam Driver. If that doesn’t scream “BUZZ,” then you’re just light years away, man.  –Michael Roffman

In a Valley of Violence

When horror auteur Ti West says his latest film is an unapologetic Western, we have every reason to believe him, especially when considering the plot: a drifter (Ethan Hawke) who gets caught up in an irreversible web of revenge while passing through a mining town. But even with such a conventional narrative, West’s slow-burn weirdness indicates that his take on the weathered genre will likely be different than the typical shit-kicking fare, hopefully more akin to something like Dead Man or last year’s stunningly clinical Bone Tomahawk. Even an unapologetic Western can be scary. –Dan Caffrey

It’s been awhile since we’ve truly been Birbiglia’d. The benevolent comic and This American Life favorite hasn’t helmed a picture since 2012’s oft-underrated dramedy Sleepwalk with Me. His somnambulant meditation on marriage and adulthood wound up jolting critics and audiences alike, winning “Festival Favorite” at South by Southwest and “Best of Next” at Sundance. As such, we’ve all been napping patiently for his proper follow-up, and now it’s time to wake up with Don’t Think Twice. Once again, Birbiglia sets a story in and around the comedy scene, only this time he’s following a New York improv troupe on the edge of stardom. Slowly, the all-star cast — ahem, Keegan-Michael Key, Gillian Jacobs, Kate Micucci, Tami Sagher, Chris Gethard, and Birbs himself — arrive at that sobering moment where they realize they all won’t make it. Should be depressingly hilarious, like all the best comedies. –Michael Roffman

It’s not just a clever name. Teenage Cocktail sounds every bit as scandalous as its name implies. In his first solo outing, director and co-writer John Carchietta tells the story of two teenagers who dive into webcam modeling to fund their split from small-town dreariness. Bad things happen, however, and we’re intrigued to see if it’s of the Spring Breakers variety or something altogether more devious. A supporting cast of Pat Healy, AJ Bowen, and Joshua Leonard – all top-notch character actors – heightens the promise of this tiny indie that much more. –Randall Colburn

You remember Fede Alvarez, right? A few years ago, the Uruguayan film director and screenwriter managed to do the impossible: reboot Sam Raimi’s The Evil Dead. Bloody, unforgiving, and chock-full of style, Evil Dead won over the most cynical horror skeptics and went on to gross nearly 100 mil worldwide. (Which, to be fair, is not too shabby for a franchise that rightfully lives, eats, and dies alongside Bruce Campbell.) Considering Alvarez originally dropped that film at South by Southwest, it makes sense that he’d return to Austin with his untitled follow-up. Once again starring Jane Levy, the story follows a group of thieving teens who break into a blind man’s home thinking it’s a breezy perfect crime. Dylan Minnette, Daniel Zovatto, and Stephen Lang (presumably the blind terror) also feature in this mystery project that will have us chewing on energy pills ahead of its midnight debut. –Michael Roffman

Although mumblecore is a half-dead, somewhat pointless term these days, there’s still plenty of reason to get excited about anything involving the pioneers of the genre. And while writer/actor/director Linas Phillips doesn’t have the same notoriety as his cohorts the Duplass brothers, his work still places the same high currency on naturalism, discomfort, and — if we may get a little sappy for a moment — hope. Expect all of those traits in Rainbow Time, which follows the conflicted bond between Todd (Timm Sharp) and his mentally challenged older brother. Shonzi (Phillips). After their father dies, they have to move in together, complicating the relationship between Todd and his girlfriend, Lindsay (Melanie Lynskey). If any of that sounds a little sitcom-y, trust us, it won’t be. Phillips is too dark, intelligent, and invested in realism for that. –Dan Caffrey

The Art of Organized Noise

Some of the best documentaries are the ones that transform the way we look at the things we’ve always loved. Just as LA’s Wrecking Crew – chronicled in their own documentary – were some of the unheralded artists behind iconic songs by the Beach Boys, Frank Sinatra, and Sonny & Cher, Organized Noize were basement beat-makers whose distinctive “Dirty South” sound helped establish artists like Outkast, TLC, Ludacris, and Goodie Mob. Interviews with hip-hop titans reveal not just the brilliance behind those beats, but also how Organized Noize served as inspirational figures for those then-unknown artists. But, just like in Searching for Sugar Man and A Band Called Death, the real story is in the subjects themselves; here, you’ll get to hear directly from the members of Organized Noize as they try to discern whether there’s still a place for them in the modern music industry. –Randall Colburn

It feels like any time anyone writes about the mythological, Internet-generated boogeyman of the title, he somehow becomes more real. So we’ll keep this writeup brief. One of the most talked about films in the Documentary Spotlight, Beware the Slenderman chronicles the story of two Wisconsin preteens who stabbed their classmate — almost fatally — as a sacrifice to the fictional being. We’re suspecting that Oscar-nominated director Irene Taylor Brodsky won’t be arguing for the Slenderman’s existence, but exploring the influence of a much realer and potentially more monstrous force: the internet. –Dan Caffrey

Pee-wee Herman is fascinating. Truly, he’s one of those rare characters that appeals as much to children as adults. The darkness and absurdity that pulses beneath Pee-wee’s aggressive form of whimsy elevates the hilarity of his childishness that much more. We saw that in Tim Burton’s iconic 1985 film Pee-wee’s Big Adventure. But then 1988’s Big Top Pee-wee came around and, well … not so much. God bless Judd Apatow, then, for believing enough in Paul Reubens’ bizarre creation to bring it back. We’re excited because, unlike typical reboots or something like Fuller House, this isn’t a property that can coast on name recognition alone.

There’s probably a lot of people expecting Pee-wee’s Big Holiday to crash and burn, especially since Reubens’ status as a kid-friendly performer has been forever stained by his 1991 indecent exposure arrest (blame the mugshot). But it’s obvious that Apatow sees the appeal of a character like Pee-wee in this modern age, someone who exudes imagination and positivity in the face of the most dire circumstances. A role model for the young and old alike, I’d say. –Randall Colburn