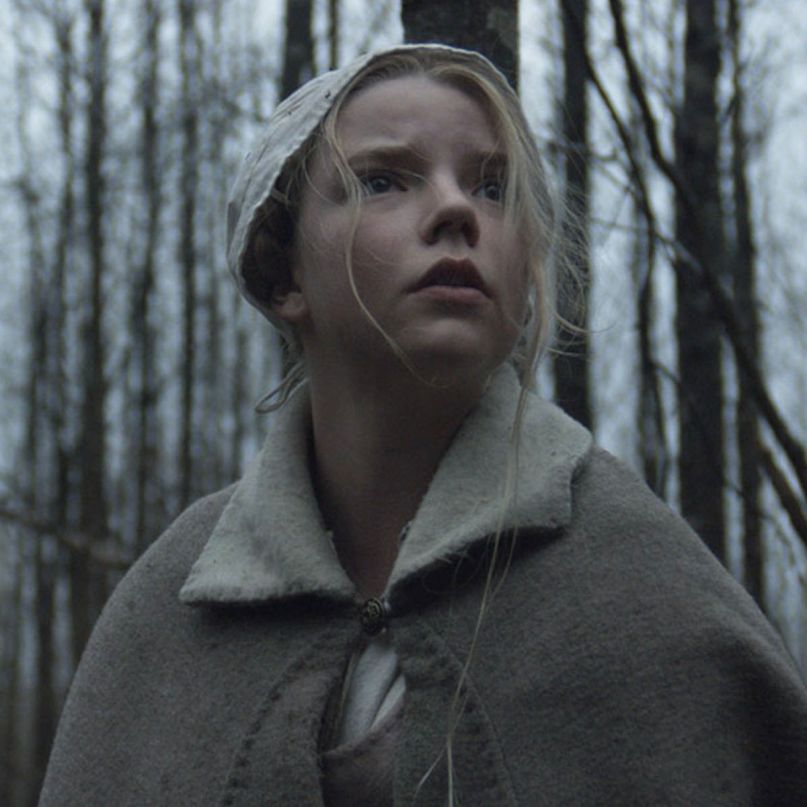 This review was originally published in September 2015 as part of our coverage for the Toronto International Film Festival 2015.

If you’re truly interested in enjoying Robert Eggers’ neo-classic horror sensation-in-the-making, The Witch, to its true potential, then you should stop reading this review – or any other review – right now.

Maybe it’s a bit over the top to suggest that The Witch is running the risk of becoming a victim of its own success, but I am beginning to suspect that the fervor with which the spooky period piece was received when it first premiered at Sundance in January had a lot to do with how little audiences knew about it at the time.

So really: Stop reading this.

The Witch is not quite as brilliant as the early hype would suggest. It’s very well done and marks the debut of two talents we’re going to be watching for years to come in director Eggers and star Anya Taylor-Joy, who plays a persecuted and terrified teenager with harrowing realism. It’s just a little bit of a disappointment when you’re expecting a masterpiece, or – as it was introduced at its first public screening since Sundance – an instant entrant into the elevated genre canon, though.

This is unfair. Ideally, all films deserve to be judged on their own merits without any outside influence, expectations, or preconceived notions. But The Witch in particular could benefit from a completely and uninitiated viewer, and said viewer will be rewarded with a carefully crafted story that pulls you into its world piece by piece, letting you stew (and/or revel) in its palpable and exponentially growing fear of the unknown.

Eggers appears to understand that quite well. It’s interesting to note that some of the biggest talking points in Witch-related discussion – that it was based on folk tales from 17th-century New England, and that much of the old English dialogue came directly from documents from that time period – are explained in title cards that appear at the end of the film, not at the beginning. This is information meant to augment what the viewer has already seen, not inform what they’re about to experience.

All you actually need to know about The Witch before you chose to watch is the title. From there, you can easily determine whether this is your kind of film or not. All you need to know to prepare you for the coldly crafted descent into madness to come is established in the first few scenes: an extremely religious family is exiled from their village in New England and move to an isolated settlement on the edge of an extremely foreboding forest.

The only thing more terrifying than the family’s complete isolation and defenselessness in the face of whatever lurks in those woods, be it natural or supernatural, is their brutally fire and brimstone concept of god. Fueled by the harsh proselytizing of their domineering father (Ralph Ineson) and the unquestioning obedience of their mother (Kate Dickie) the four older children go about their days in constant fear of damnation, moved the point of shaking tears at the thought of their devotion not being good or pure enough.

In the midst of this Crucible-on-steroids panic, the youngest child goes missing during a game of peekaboo with eldest daughter Thomasin (Taylor-Joy). While the family initially blames wolves for the infant’s disappearance, they become increasingly convinced that more sinister forces are behind the tragedy. Then they begin to suspect each other of witchcraft.

It falls short of an instant classic. It’s not a mind blowing achievement in horror. But The Witch is a solidly good film. Viewer satisfaction with the final scenes will entirely depend upon the individual’s preference for the horror of sheltered religious fervor versus literal witches, but everything that leads up to those moments is well-crafted and beautifully acted. Even the family’s goat puts in the performance of a lifetime.

The Witch is worth watching. Just don’t get too wrapped up in the hysteria that surrounds it. As the film itself so admirably demonstrates, unquestioned passion and devotion doesn’t tend to end particularly well.