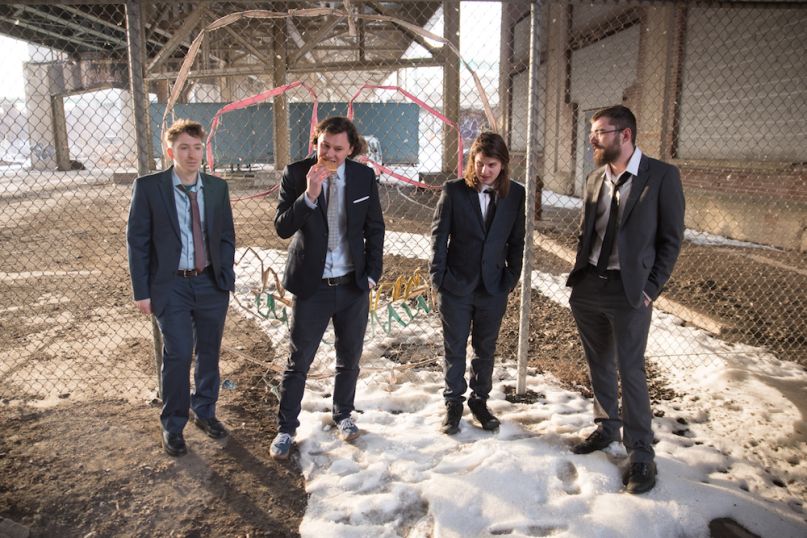 Last September, The Front Bottoms celebrated the release of Back on Top, their fifth studio album and first for new label home Fueled By Ramen. The record came furnished with 12 vibrant tracks — some cheery rock ‘n’ roll jams, others, such as “Summer Shandy”, heartfelt odes to fading love.

This spring, the New Jersey punks will take Back on Top on the road for a tour across the US. In much the same way their recorded material packs a punch, their live show is nothing to joke about. In fact, their inclusion on Boston Calling’s spring lineup is part of the reason it’s one of the most anticipated festivals of the season.

The upcoming jaunt commences in mid-March in Jacksonville, Florida, and will see The Front Bottoms stop in Charleston, Boulder, Los Angeles, Austin, Milwaukee, and Baltimore, among many other cities and festivals like Coachella and Shaky Knees.

Joining them throughout most of the outing will be opening acts punk duo Diet Cig and indie rockers Brick + Mortar.

Consult the full schedule below.

To coincide with the tour announcement, Brick + Mortar, who also hail from the Garden State, have unveiled their new music video for “For Yellow Walls”, taken from their latest LP, 2015’s Dropped. A technicolor trip, the clip finds the band dancing with bug-eyed skeletons and swapping spit with some pretty darn frightening puppets. Suffice it to say that this upcoming tour looks like it will be loads of fun.