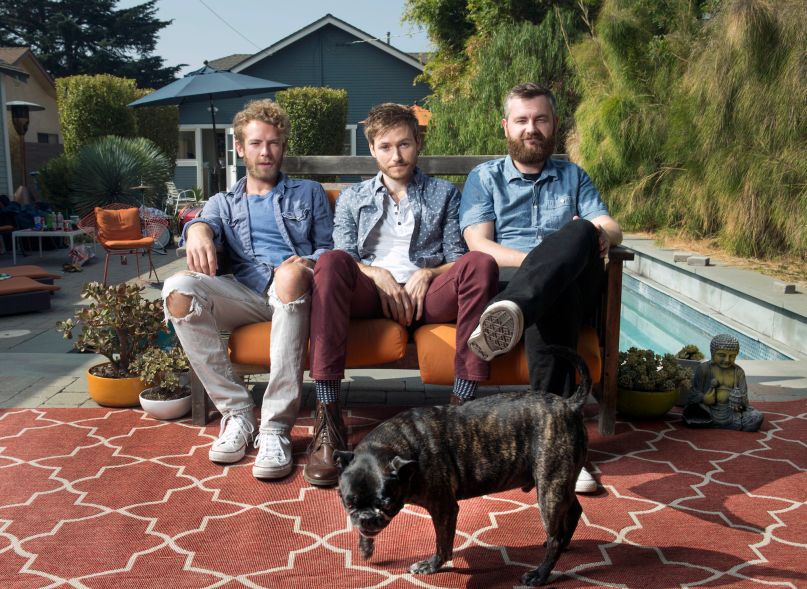 Last April, The Dead Ships released EP 1, a six-track effort produced by Broken Social Scene’s Brendan Canning. The project, which served as the first time Canning had ever produced for a band that wasn’t his own, seemed to bring the best out of both parties and resulted in the fostering of an important musical kinship.

“I recall him saying, ‘When in doubt, ask yourself: What would AC/DC do?’ Chris [Spindelilus], Alex [Moore] and I still can’t tell if he was joking. But when you’re in the studio for 10 hours playing with synths, shakers, tambourines, and finger pianos, it’s good to be reminded every now and then that you’re making rock music. Brendan has made a lot of records that we love, and his experience gave us security to experiment.”

Things worked out so well with EP 1 that The Dead Ships and Canning are teaming up again for a full-length, due out sometime this year. As a peek at what’s down the line, the Los Angeles indie rock outfit has shared “Company Line”. Hint: The Dead Ships have a lot more gritty and gutsy garage rock to throw your way.

“Bang, bang, we run the streets with lofty lies,” McCluskey snarls on the song’s sweltering chorus, calling out “the man” who’s in charge and in possession of too much power. “Get yourself paid / Cause fascism’s in fashion once again.” Accompanying the frontman are pointed riffs that could easily double as middle fingers held up in blatant defiance of an authority. In a statement to CoS, McCluskey offered up his thoughts on the track:

“So many things seem intentionally set up to give you the sensation of falling. And I think when people feel out of options they’ll pull whatever ripcord they can find. I started writing about buying into things that no one ever wanted, how and why that happens and what it feels like to be stuck in that place, but I think it ended up more like an ole fashioned fuck-tha-man song (which I’m completely on board with). Fascism does seem to be in fashion these days.”

The Dead Ships are scheduled to be on the road for the next couple weeks alongside Le Butcherettes. Their upcoming itinerary also includes appearances at Noise Pop, South by Southwest, and Coachella.