Lauren Lapkus, Paul F. Tompkins, and Neil Campbell are coming along for the ride 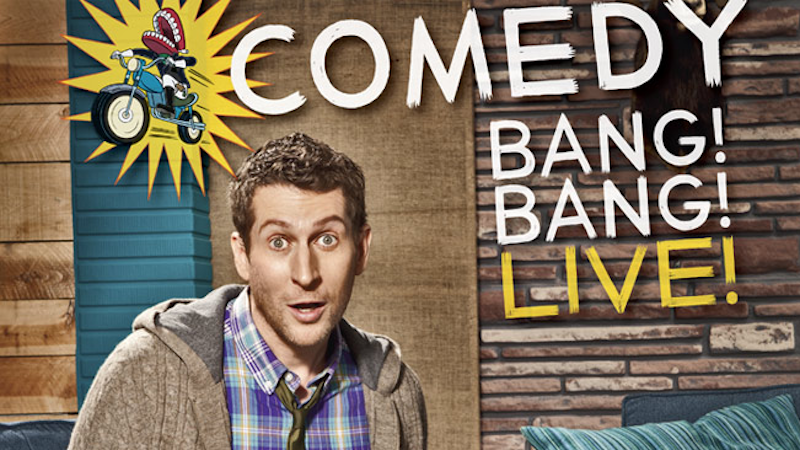 Comedy Bang! Bang! is more than just an IFC show popular enough to nab “Weird Al” Yankovic as a co-host. Scott Aukerman’s comedic baby began life as a podcast, a medium where it still sees tons of success as it just released its 400th episode. Now, Aukerman has announced he’s taking the web show on the road with a live taping tour this spring.

Aukerman will be joined by comics Lauren Lapkus, Paul F. Tompkins, and Neil Campbell as he travels North America recording new material for the podcast. The trek takes up most of May, kicking off in Los Angeles before skipping all the way to the East Coast and heading back westward. Find the full itinerary below, followed by Comedy Bang! Bang! episode 400, featuring Jason Mantzoukas (How Did This Get Made) and Andy Daily (Review).

Previous Story
The Killers are working on a new album with Elton John
Next Story
Like David Bowie, Beyoncé turned down Coldplay collaboration because the song was “awful”
Popular
More Stories
[fu-upload-form form_layout="media" title="Submit Your Photo"][input type="hidden" name="ugc" value="1"][/fu-upload-form]