Sam Smith says his Oscar performance was “the worst moment of my life,” and ours too 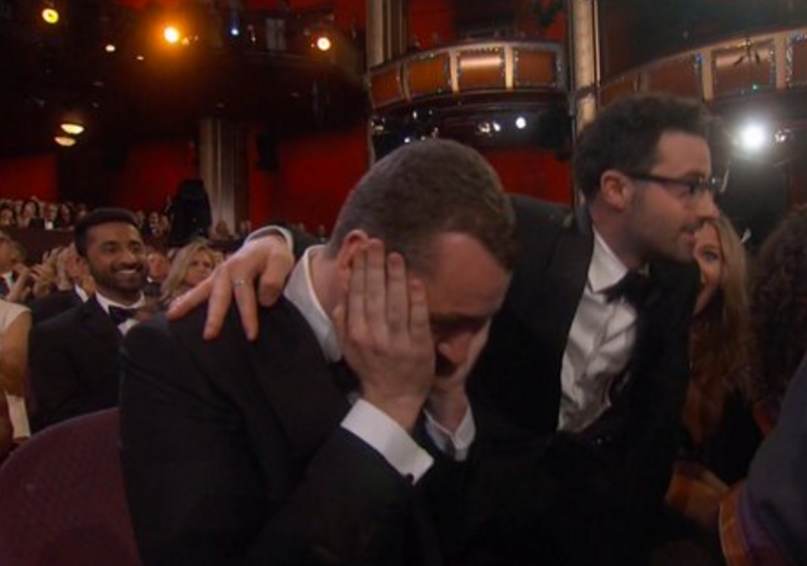 Despite taking home the Oscar for Best Original Song, last night was probably one Sam Smith would like to forget. He admitted as much in a post-show interview, telling the BBC that his out-of-pitch performance of “Writing’s On the Wall” “was the worst moment of my life.” “Singing was horrible,” he added. “I hated every minute.”

Smith has also received heat for his acceptance speech for Best Original Song. “I read an article a few months ago by Sir Ian McKellen, and he said that no openly gay man had ever won an Oscar,” Smith said. The only problem? Smith wasn’t the first openly gay man to win an Oscar; he wasn’t even the first to do so in the category of Best Original Song. Sir Elton John, who Sam Smith knows quite well, previously won the same Oscar in 1995 for The Lion King. More recently, Dustin Lance Black won the Oscar for Best Original Screenplay for Milk.

Hey @SamSmithWorld, if you have no idea who I am, it may be time to stop texting my fiancé. Here's a start: https://t.co/8hGTRtIaMK

THE POINT: knowing our LGBTQ history is important. We stand on the shoulders of countless brave men and women who paved the way for us.