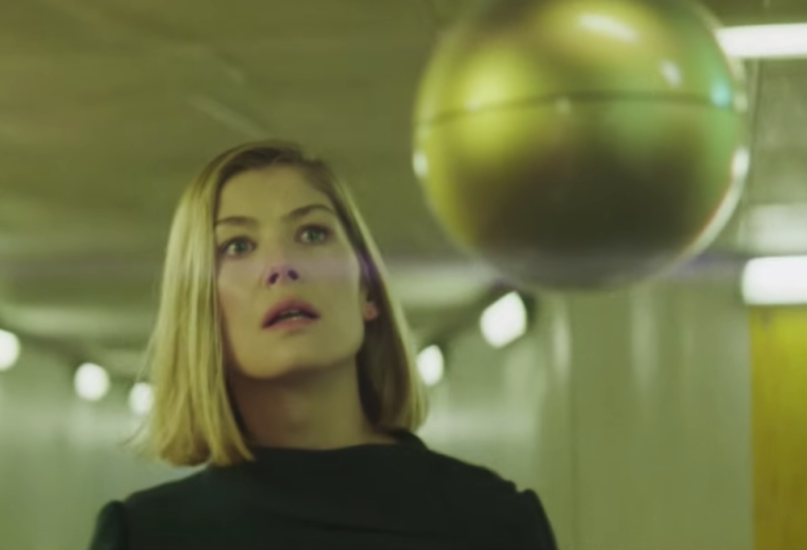 Last month, Massive Attack surprise-released their Ritual Spirit EP, their first piece of new material since 2010’s Heligoland. Today, the English outfit has returned with the video for the Young Fathers collaboration “Voodoo In My Blood”.

Helmed by director Ringan Ledwidge, the clip stars actress Rosamund Pike (Gone Girl, Jack Reacher) as a woman who comes face to face with a strange glowing orb while on her subway commute. Though at first it seems harmless, the floating sphere actually has some rather sinister plans in mind.

Ritual Spirit is just the first of many releases this year from Massive Attack. A new EP co-produced by Daddy G is due out this spring, followed by a full-length later in the year.