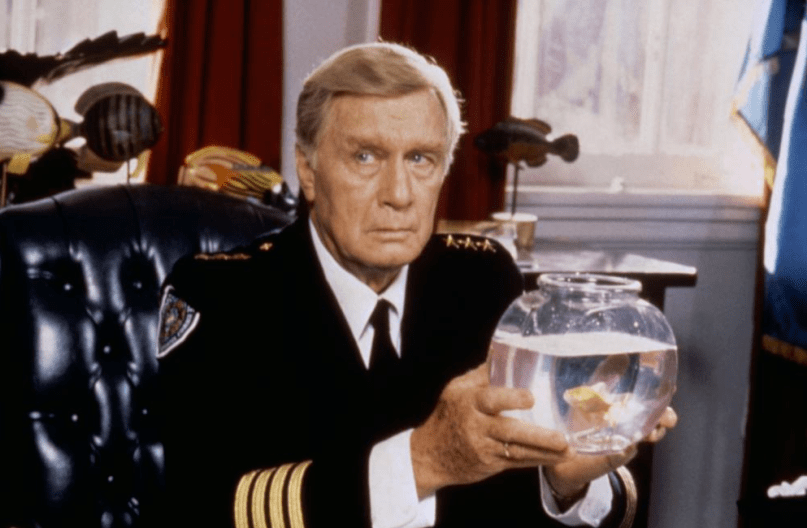 George Gaynes, a character actor best known for his roles in the Police Academy films and the TV sitcom Punky Brewster, has died at the age of 98. He passed away Monday at the home of his daughter, Iya Gaynes Falcone Brown, in North Bend, Washington.

Gaynes’ career began in the late 1940s when he moved to New York City from Britain and became an opera singer. Realizing he was better suited for acting, he began taking roles in Broadway shows. Throughout the 1960s and 70s, Gaynes made appearances on TV shows like The Defenders, Bonanza, Mission: Impossible, The Six Million Dollar Man, and Columbo before his big break came at the age of 65 in 1982. He was cast opposite Dustin Hoffman in the comedy film Tootsie, in which he played a misguided courter of Hoffman’s cross-dressing lead character.

In 1984, he starred in Police Academy as Commandant Lassard, a role he would reprise in all six sequels in the series. That same year, he began his tenure on TV’s Punky Brewster, playing the gruff building manger-cum-foster parent to Soleil Moon Frye’s title character.

“Anyone who believes in happy endings will take consolation from the career of George Gaynes, about to become a television celebrity at the age of [67],” The New York Times wrote in an early review before the premiere of Punky Brewster in ’84.

Gaynes retired in 2003 to Santa Barbara, California prior to moving in with his daughter’s family in Washington state. Besides his daughter, he’s survived by his wife Allyn Ann McLerie, a granddaughter, and two great-grandsons. His son, Matthew, was killed in a car accident in 1989.