Plus, they headlined the latest episode of Austin City Limits 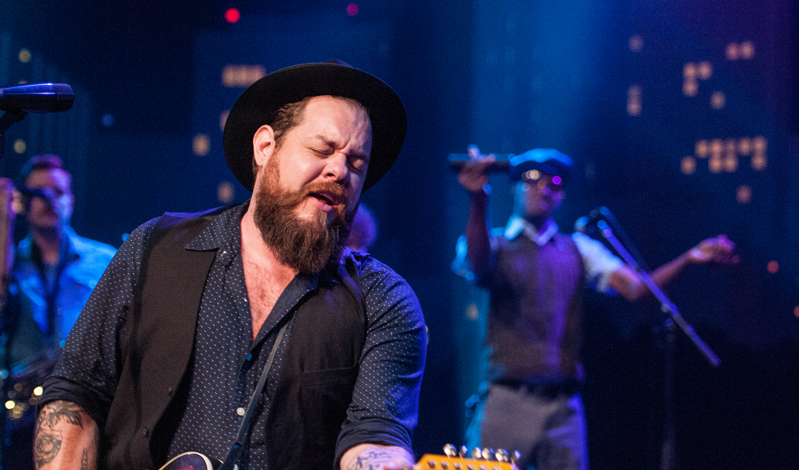 When Nathaniel Rateliff & The Night Sweats made their late night debut on The Tonight Show last year, Fallon told audiences at home to “turn up” whatever device they were using to watch the performance. For their return on Friday evening, the host added a few more instructions. “Go crazy,” he advised. “These guys, I’m telling you; turn your TV sets up. Turn it loud. Clap! Have a party! This is rock ‘n’ roll!”

And a party it was. Rateliff and his band were joined by The Roots for a performance of “I Need Never Get Old” from their self-titled debut. From the look on Questlove’s face, he was enjoying watching the shimmying frontman as much as he was playing with him. The audience clearly was into it, as well, as they readily gave a standing ovation as fanboy Fallon screamed, “Come on! No one does that! Come on! That’s what I’m talking about!” See exactly what he’s talking about by watching the performance below.

Fallon then stepped to the microphone to take lead on a few bars of NR&TNS’ smash hit, “S.O.B.”. Once his apparent nerves shook off, the host hit Rateliff’s howling notes with impressive aplomb. Check out that clip below, followed by Rateliff and drummer Patrick Meese explaining how they wrote “I Need Never Get Old” in an online exclusive video.

The following night, NR&TNS made their debut on Austin City Limits TV. With their hometown Broncos’ win, it was a hell of a weekend for the group. Check out their entire ACL episode, which also featured Leon Bridges, below.

Nathaniel Rateliff & The Night Sweats ACL Setlist:
I Need Never Get Old
Look It Here
I’ve Been Failing
Trying So Hard Not to Know
Thank You
S.O.B.