Mavis Staples lives on a high note on Colbert — watch

Soul legend delivers a funky, confident rendering of "Take Us Back" 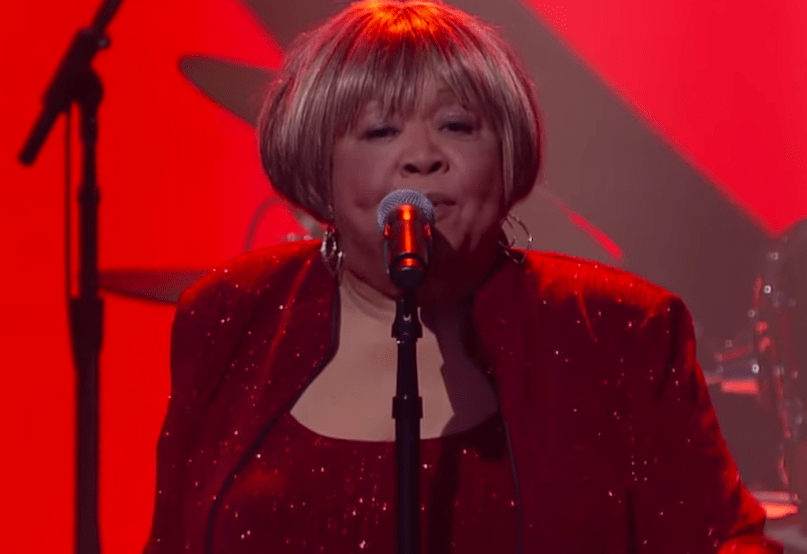 Mavis Staples and Stephen Colbert go a long ways back. The soul legend previously performed on The Colbert Report, and helped kicked off the host’s reign at Late Show by joining in on the opening show’s superstar superjam. Last night, she returned to the program to support her latest effort, the M. Ward-produced Livin’ on a High Note.

There, accompanied by backup singers and funky as heck bass, the Grammy-winning singer dished out a confident performance of “Take Us Back”, a single co-written alongside Benjamin Booker.

In addition, Staples sat down for a brief interview with Colbert, recalling the time she and the Staple Singers opened for Martin Luther King, Jr., as well as the first songs she learned to sing.

Watch the performance and interview below.