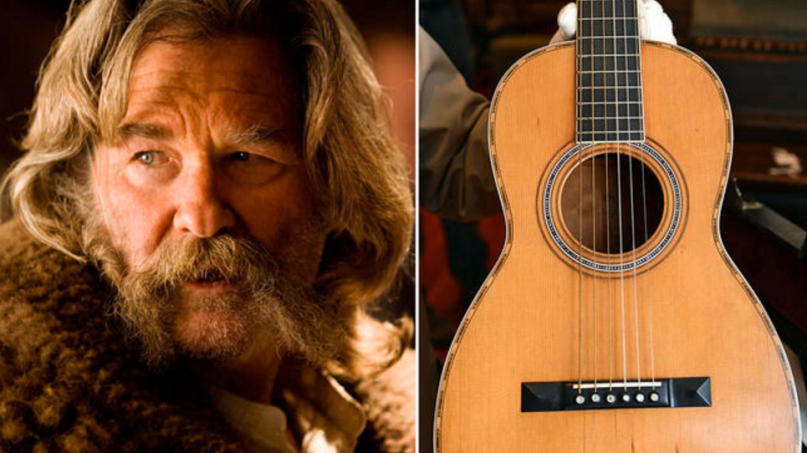 There are many deaths in Quentin Tarantino’s latest epic, The Hateful Eight, but perhaps none bigger than the authentic six-string Martin guitar Kurt Russell smashes to pieces.

The Martin Guitar Museum loaned the one-of-a-kind 150-year-old guitar under the assumption that it’d be swapped out with a janky replica prior to its destruction during filming. However, as Hateful Eight sound mixer Mark Ulano explained to SSN Insider, “somehow that didn’t get communicated to Kurt” who ended up smashing the real McCoy against a wall.

Understandably, Martin isn’t very happy. Speaking to Reverb, museum director Dick Boak called the incident “distressing,” adding, “We can’t believe that it happened. I don’t think anything can really remedy this. We’ve been remunerated for the insurance value, but it’s not about the money. It’s about the preservation of American musical history and heritage.”

“As a result of the incident,” Boak said, “the company will no longer loan guitars to movies under any circumstances.

Watch the scene in question below.