UMO is adjusting brilliantly to the bright lights of success 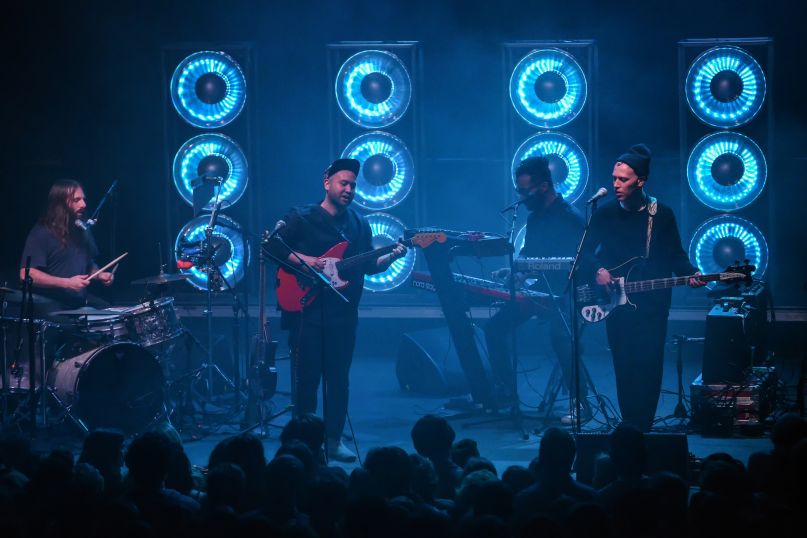 Unknown Mortal Orchestra played to a packed house at Philadelphia’s Union Transfer last night. Touring in continued support of their critically acclaimed album Multi-Love, the Portland-based band attracted an eclectic crowd that showed equal support to the moody, captivating opening act, Lower Dens. UMO impressed with a mix of synth rock, ’60s psych, old-school funk, and, at times, straight-ahead pop, with highlights including a crowd sing-along to “So Good at Being in Trouble” and the danceable “How Can You Luv Me” and “Swim and Sleep (Like a Shark)”. But maybe the best thing about UMO at this point is their ability to extend jams that showcase each band member, the crowd’s reaction playing off the impressive display of chops and lights. For a band that used to be renowned for playing in darkened clubs, it’s remarkable how well they’ve adjusted to the spotlight.