In which you must race the red carpet, act harder, and find the black nominee 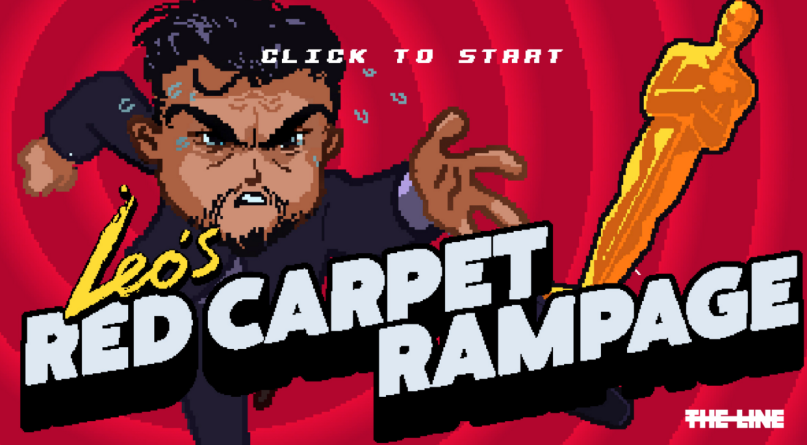 Despite a considerable six Oscar nominations, the award has long eluded Leonardo DiCaprio. This year, he’s nominated once again for his role in The Revenant, and now you, yes — you, can help him finally nab gold.

The Line Animation has created a new online video game dubbed Red Carpet Rampage, an incredibly amusing, purposefully impossible button-mashing scroller designed like a classic 16-bit game. The main portion of the game puts you (as DiCaprio) on the red carpet of the Dolby Theater literally chasing a magical Oscar trophy. Along the way you can snag SAG Awards, Golden Globes, and even MTV Movie Awards, all while stomping on paparazzi and avoiding your arch-nemesis Lady Gaga. You’ll also have to race against fellow nominees Matt Damon (The Martian), Bryan Cranston (Trumbo), Michael Fassbender (Steve Jobs), and Eddie Redmayne (in full Danish Girl attire).

In between the running portions, you’ll play mini-games that require you to “act harder,” crawl to your car during a quaalude overdose, and find the black nominee. Don’t expect to win that last one. In fact, winning the game itself is rather difficult, and requires some pretty furious fingers. Try it for yourself at the game’s website, and watch a gameplay video below.