Five Reasons Chris Rock Was the Oscars Host We Needed 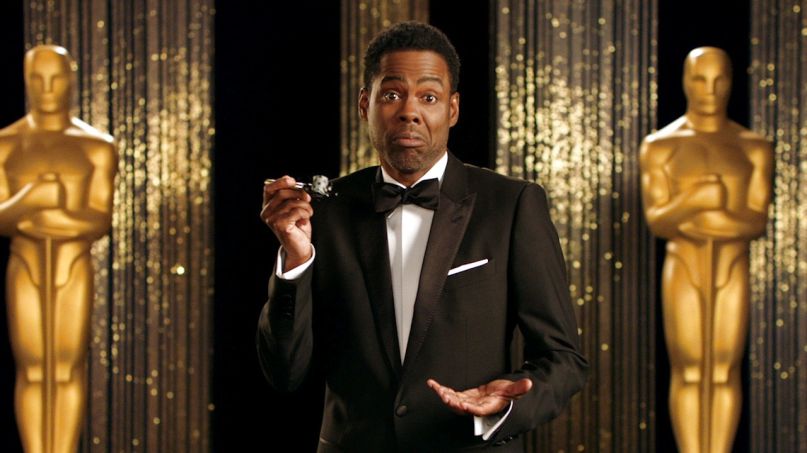 This year, we knew the Academy Awards had a tough job ahead of it, as did host Chris Rock: the lily-white slate of nominations prompted a vigorous conversation about diversity in Hollywood, complete with #OscarsSoWhite hashtags and immediate responses from president Cheryl Boone Isaacs to change the membership and voting processes to provide more opportunities for people of color. The biggest x-factor of them all, however, was Rock – how much would he feel obligated as the black host of a mostly-white awards ceremony to deal with the issue of race?

Lucky for all of us, Rock turned out to be one of the best Oscar hosts in years, seizing the bully pulpit in an effortlessly hilarious way. While some of his gags fell flat (hello, Stacey Dash), Rock’s performance managed to humorously castigate an industry that provides disproportionately few chances for people of color. Given the incredible pressure on his shoulders, these five moments in the Academy Awards cemented Rock’s stellar command of tone and sensitivity, while also bringing the laughs.

Right from the start, Rock minced no words with an opening monologue that addressed the big white elephant in the room with the razor-sharp wit that comes naturally for one of America’s greatest standups. From addressing the issue of boycotting the Oscars (“Jada boycotting the Oscars is like me boycotting Rihanna’s panties. I wasn’t invited.”) to the subtle racism of lowered expectations and systematic exclusion, which he called “Sorority Racist” (“It’s like, ‘We like you Rhonda, but you’re not a Kappa’”), Rock even managed to comfort Academy voters and filmmakers by insisting that they weren’t lynch mobs, but that they just needed to check their privilege a little bit. Talking so bluntly about the race issue up front was a great way to clear the air and set the tone for the rest of the ceremony, which was already scrambling desperately to regain ‘street cred.’

In one of his more innocuous recurring bits, Rock spoke to the desperate dad in all of us, and used his tremendous responsibility with the weight it deserved – getting his rich friends to buy his daughter’s Girl Scout cookies. It was something refreshingly mundane, even while it was tremendously calculated. Instead of rooting for Fury Road to win Best Picture, our attention momentarily shifted to the need to beat that dastardly Linda Dunn and help Rock’s little girl sell some cookies. It proved a great little distraction from the social justice heaviness of the rest of the awards, as Rock’s rich white buddies helped him sell over $63,000 worth of Thin Mints – and, in the case of Morgan Freeman, snuck some off Rock at the end of the show.

Even as Rock’s acerbic opening monologue was full of spit and vinegar, some of the biggest laughs of the show came soon after in the form of altered versions of some of this year’s nominated films in which there were actually black people in them. Whoopi Goldberg got to order Jennifer Lawrence around in Joy, Jeff Daniels and Kristen Wiig contemplated whether or not to spend $2,500 “white dollars” to rescue Rock from Mars, and Tracy Morgan paraded around in a dress as The Danish Girl, which of course meant he just really liked danishes: “These danishes is good, girl!” These were a far more irreverent and jokey way to make many of the same points Rock and crew made throughout the night, which was probably the best way to convince those uncomfortable with the night’s more didactic approaches to pointing out the issue.

Speaking of didacticism, perhaps Rock’s most down-to-earth segment was his remote at a Compton movie theatre, where he talked to theatre goers about this year’s slate of Academy Award-nominated films and the #OscarsSoWhite controversy. Most insightful were his interviewees, who had never heard of such white-centric picks as Spotlight or Bridge of Spies, but hailed films like Straight Outta Compton and the Brangelina vehicle By the Sea as their favorites.

It was a welcome peek outside the insular bubble of Hollywood’s glitz and glamour to show the divide between the films loved by the white-dominated Hollywood elite and the average moviegoer. Its man-on-the-street candor was refreshing and funny, but it also slyly pointed out just how out of touch the Academy might be with the tastes of the public – which led to all the controversy in the first place.

Overall, for all of the Academy’s dedication to keeping its problems with diversity at the forefront of the Oscar ceremonies, at times it felt like a bit of an overcompensation. While other issues like college date rape and global warming were given isolated segments, Rock and crew worked tirelessly to rake the Academy over the coals for its systemic shortsightedness throughout the night. The issue tended to eclipse the ceremonies themselves, as if the Academy was begrudgingly following through with tradition even while kicking itself for its mistakes, with Rock the poor roastmaster consigned to bring up the issue at every turn.

In spite of that, Rock managed to focus the conversation in ways that acknowledged the representation problems that (ideally) will start to be addressed in meaningful ways in the future. At the same time, Rock’s provocations remained accessible, comparatively nonjudgmental, and constructive. Thanks to his superb performance, the issue of diversity in the film industry was confronted head on without turning the whole affair into an abrasive ethics trial. Hollywood may be “sorority racist,” but Rock managed to haze Hollywood for its problems while still proving himself one of the best Oscar hosts in years.