A polarizing look at a beautiful, dark, twisted artist -- or maybe just a jerk 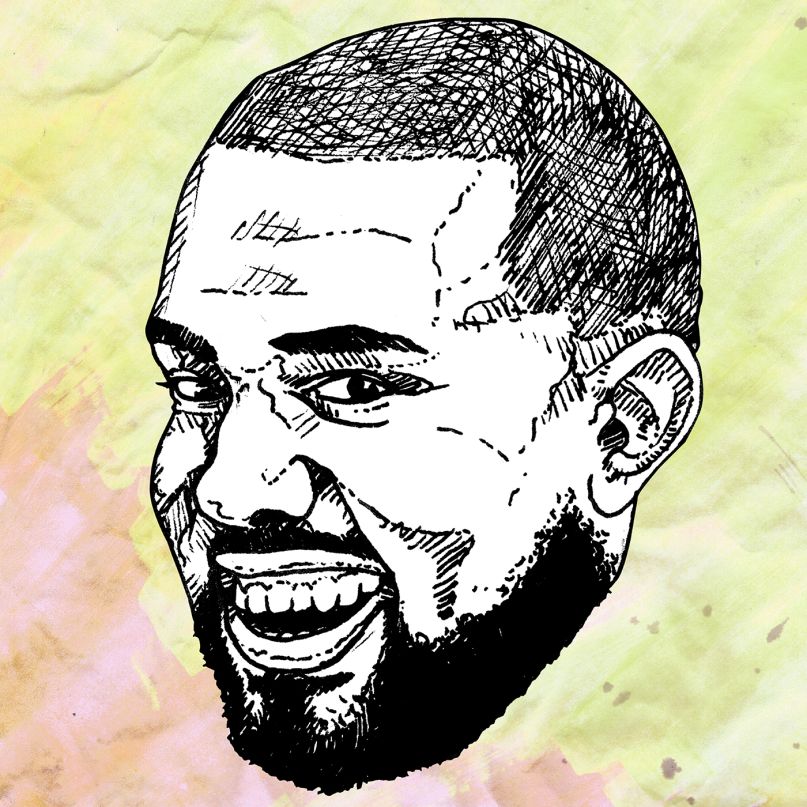 FACES is Consequence of Sound’s literary magazine. Each volume focuses on an artist whose scope of creativity and cultural impact defies simple categorization. Through a blend of original artwork and a variety of writings, we hope to both shed light upon and celebrate the artists who continually inspire us to put pen to paper.

However, if you make your living slinging and editing e-ink, you can’t put the man on ignore — not this week. Kanye (because we’re apparently on a first-name basis) keeps the roof over the CoS office. That’s a fact, Walt Disney. And what’s worse, a lot of my colleagues under that roof are obsessive Yeezy (because he’s a grown man) fans living in an annoying, vigilant tweet-to-tweet bliss waiting for The Life of Pablo (wouldn’t get too comfy, Pablo — ask Waves and SWISH) to drop on Thursday.

Never has FACES featured a more polarizing artist, and we’re all dealing with our adoration or Ye-tred in different ways. Collin Brennan turned to poetry, Claire Sevigny looked at West as a Jekyll and Hyde figure, Kevin McMahon learned to embrace being a hypocrite, and Danielle Janota crisscrossed Paris trying to track Kanye down.

Me? I went on a Twitter rant last night to my slightly less than 18.5 million followers:

I made it okay to wear tight jeans with chubby thighs. #Meezy

No Kardashian was anywhere near here ever. #Meezy

Next season, I'm only working on kids clothes … full-time. So, send me their sizes, moms and dads. #Meezy

The new album is an album. Not not an album an album. #Meezy

Don't ever come out the side of your neck at me… Yeah, I dunno either #Meezy

Please no one text me or ask me for anything till Monday. Gone SWISHin'. #Meezy

Sorry for the rant. I apologize. I love and respect ya all. #Meezy

Love him or hate him, at least for a couple more days, it’s going to be near impossible to escape him. So, while you’re busy embracing or enduring, enjoy FACES: Kanye West. He’s one beautiful, dark, twisted artist — or maybe just a jerk.

[**Editor’s Note: These pieces were commissioned and drafted last year when rumors had it the next Kanye album was getting ready to drop. You have not accidentally traveled back in time — not to our knowledge anyway.]

Table of Contents:
— The Motherfucking Monster by Claire Sevigny … Page 2
— God Complex, a poem by Collin Brennan … Page 3
— Looking for Jesus by Danielle Janota … Page 4
— Embracing Hypocrisy and the Future of Yeezus … Page 5

Original artwork by Consequence of Sound Art Director Cap Blackard, Assistant Art Director Steven Fiche, Jacob Livengood, and Dmitri Jackson. Their work can be purchased in a variety of formats by clicking the links throughout this issue.