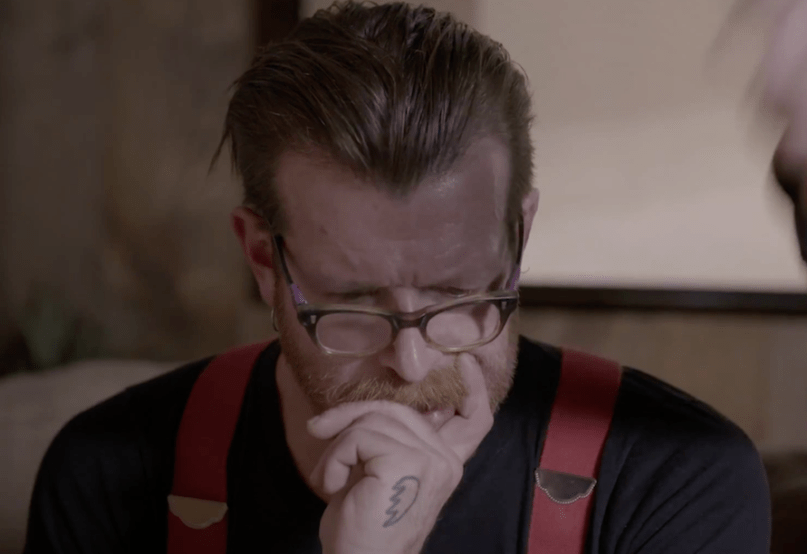 Eagles of Death Metal frontman Jesse Hughes has always had a strong pro-gun stance, and it would appear that surviving the Bataclan terror attack has done little to change his view. In fact, as he revealed in a new TV interview with France’s iTELE, it seems to have strengthened it.

“Gun control kind of doesn’t have anything to do with it, but if you want to bring it up I’ll ask you: Did your French gun control stop a single fucking person from dying at the Bataclan?” a clearly still distraught Hughes responded to the interviewer. “And if anyone can answer ‘yes’, I’d like to hear it, because I don’t think so. I think the only thing that stopped it was some of the bravest men that I’ve ever seen in my life charging head-first into the face of death with their firearms.”

As it became harder for Hughes to speak through his sobs, he continued, “I know people will disagree with me, but it just seems like God made men and women, and that night guns made them equal. I think the only way that my mind has been changed is that maybe until nobody has guns everybody has to have them. Because I don’t ever want to see anything like this ever happen again and I want everyone to have the best chance to live and I saw people die that maybe could have lived.”

He stopped short of saying that armed patrons would have definitely saved people’s lives, but was clearly broken up over the idea that they could have. “I wish I knew for sure if they could have had a better chance because there were some real angels, real wonderful people in that show that aren’t alive today and I really wish they were,” he said.

Hughes’ remarks come as Eagles of Death Metal prepare for their first concert in Paris since that terrible November night. They’ll be performing tonight (February 16th) at the Olympia, but have promised to be the first act to play the re-opened Bataclan once renovations are completed later this year.

Below, watch Hughes’ interview with iTELE.