Plus, Jesse Hughes speaks about the band's return to the road with Swedish television program Nyhetsmorgon 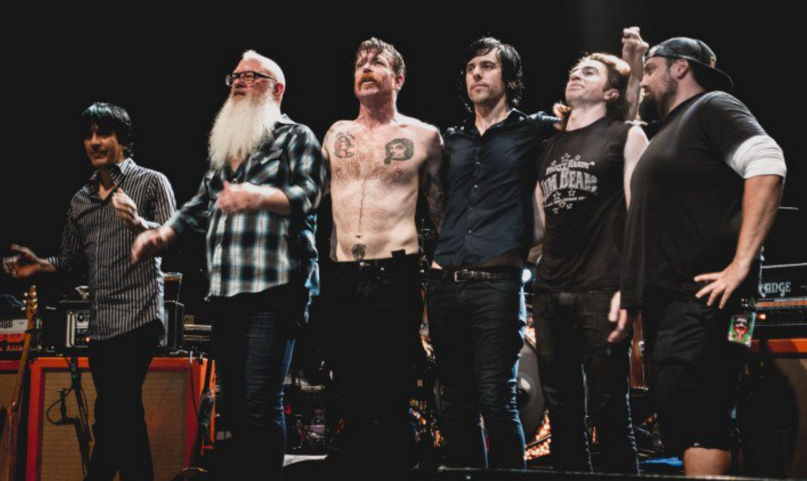 Eagles of the Death Metal kicked off a European tour in Stockholm, Sweden on Saturday night, marking the band’s first headlining performance since the November Paris terror attacks.

Prior to the concert, Eagles of Death Metal’s frontman Jesse Hughes appeared on the Swedish television program Nyhetsmorgon. He discussed his emotions of returning to the stage so soon after the attacks, saying, “It’s a complex feeling, there’s no simple way to approach it … We started here in Sweden so we could built up the momentum so we could get to Paris … I don’t want to let anyone down. It’s not supposed to be easy.” He also recounted the events of that fateful evening, and spoke about the impact the members of U2 have had on the band’s healing process.

Watch the interview and see fan-shot footage from tonight’s concert below. Update – Monday, February 15th at 1:00 p.m. CT: More footage from the concert has surfaced, including their opening performance of “I Only Want You” and “I Love You All the Time”

Such a good night. Been wanting to see these guys since 2006 and finally got around to it. Guess who went home with Jesses shirt? Haha #eaglesofdeathmetal #eodm #DebaserMedis

Check out the rest of Eagles of Death Metal’s upcoming tour dates: