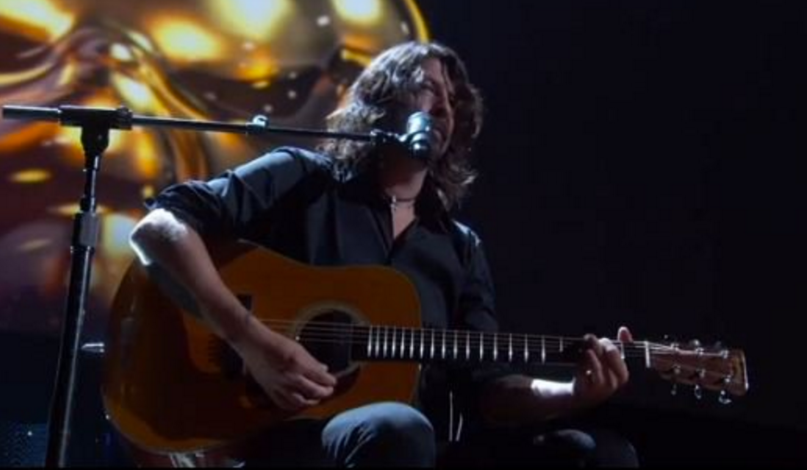 Foo Fighters frontman Dave Grohl soundtracked this year’s Oscars’ In Memoriam tribute with a solo acoustic performance of The Beatles’ “Blackbird”. David Bowie, Alan Rickman, and Leonard Nimoy were among the actors recognized in the montage. Watch below.

Grohl was not nominated for an Oscar this year, adding to the controversial snubbing of the first transgender nominee, ANHONI, whose own performance was cut due to “time constraints.”

Previous Story
What the hell was Sam Smith doing at the Oscars?
Next Story
Lady Gaga gives the Academy Awards a performance for the ages
Popular
More Stories
[fu-upload-form form_layout="media" title="Submit Your Photo"][input type="hidden" name="ugc" value="1"][/fu-upload-form]