Coldplay frontman and James Corden also do "Adventure of a Lifetime", "Yellow", "Hymn for the Weekend", and "Viva La Vida" 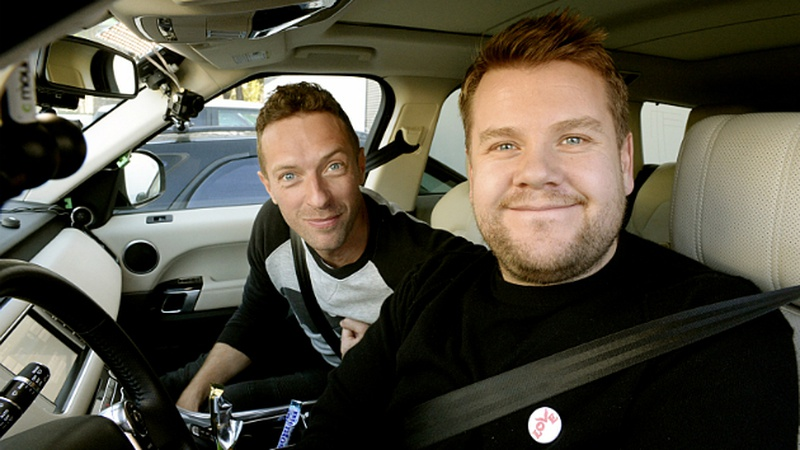 The last time Coldplay appeared on the Late Late Show, they performed songs like normal musicians on a normal stage. This time around, singer Chris Martin joined host James Corden in his SUV for a round of Carpool Karaoke.

On their way to San Francisco for Coldplay’s upcoming Super Bowl Halftime performance, Martin warmed up his vocals by harmonizing with Corden on hits like “Adventure of a Lifetime”, “Yellow”, “Hymn for the Weekend”, and “Viva La Vida”. Sure, Corden muffed the lyrics to that last one a bit, but his backing vocals were impressively spot on for the rest of it.

Showing he still respects the man after he rejected a collaboration, Martin also whipped out a small keyboard and covered David Bowie’s “Heroes”. He kept they keyboard out for an intimate rendition of “Us Against the World”, and the drive closed with a singalong to “Paradise”.

Check out the video, in which Martin also reveals the stage banter he stole from Bruce Springsteen and does his best Mick Jagger impression, below.