A near perfect debut record from Brooklyn DIY darlings 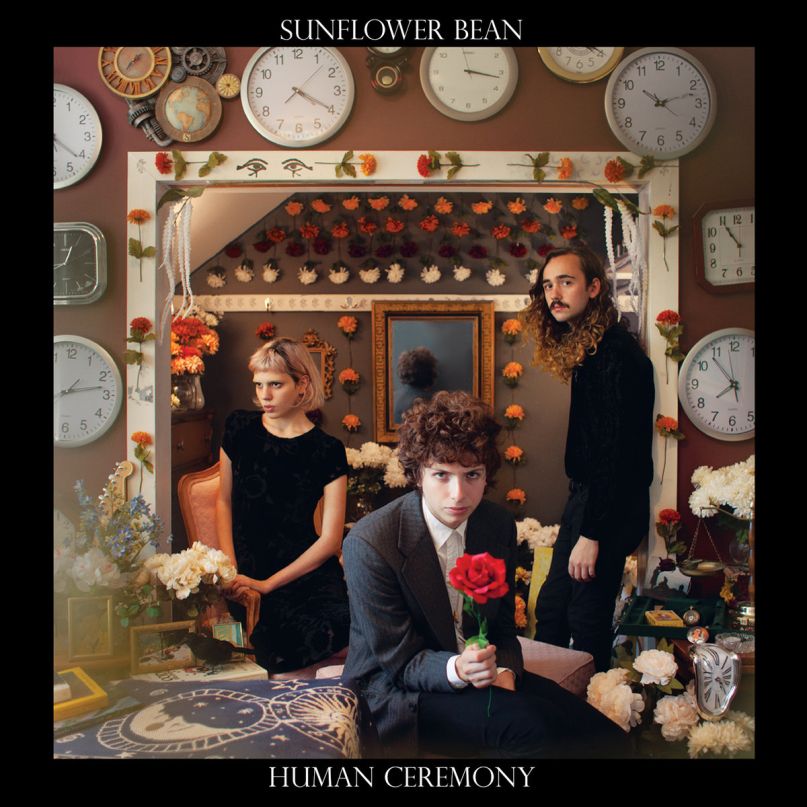 Forged in the crucible that is the Brooklyn music scene, Sunflower Bean are one of the more enigmatic groups in the borough. According to an interview with NME, the band was born out of a feeling of frustration with “shoegaze, post-rock, and weirdo noise bands who took everything so seriously” and wanting to shake it up by exploring “clichés that are so underdone they’d stopped being clichés.” After a couple years of opening up for nearly every act in every DIY space in Brooklyn, Sunflower Bean have let loose their debut record, Human Ceremony, a psych pop record that speeds along at such an efficient clip you’d swear it was the work of a veteran act.

Sunflower Bean draw from a set of influences that ranges from Velvet Underground to Black Sabbath with an impressive efficiency. This first record doesn’t feel like it’s breaking any new ground, per se, but the ground it’s treading it’s treading damn well. Their ability to move between genres from one track to the next is put on display immediately. The title track opens the album with some moody psych pop and a cascading guitar riff from sometime-vocalist Nick Kivlen, a gentle entry into the Sunflower Bean world before the rip-roaring garage rocker “Come On” kicks the energy up a few gears. Kivlen shines here and continues to steal the show for much of the record. The following track, “2013”, is a jangly joint that doesn’t let up from moment one, largely due to the rapid-fire drumming of Jacob Faber. Meanwhile, vocalist/bassist Julia Cumming can make a monotone delivery very beguiling, as on “2013”, or kick it into a dream pop falsetto just as easily.

Lead single “Wall Watcher” is a frantic, syncopated thrasher that kicks off with a scuzzy guitar line and features some of the best maracas in recent indie rock memory. The palate from which Sunflower Bean draws is incredibly refined and exciting; the long laundry list of great influences, combined with the power to blend them all together in an incredibly aesthetically pleasing way, make them the deserving darlings of the Brooklyn DIY scene.

This is a damn strong debut record. Of course, it helps when the band has two years of work together before their first release, but that extra time and familiarity yielded something that is simultaneously refreshing and lived in. Despite not carving out their own specific lane just yet, Sunflower Bean don’t feel like they’re aping anyone’s style or trying to reach one niche audience. This band is poised for big things — whether that means indie domination or perhaps dipping a toe into mainstream appeal (a la Best Coast or DIIV), this band will be one to watch for years to come. The talent is there in spades, and the well of influences is a deep and bountiful one. There’s nowhere to grow but up for Sunflower Bean.