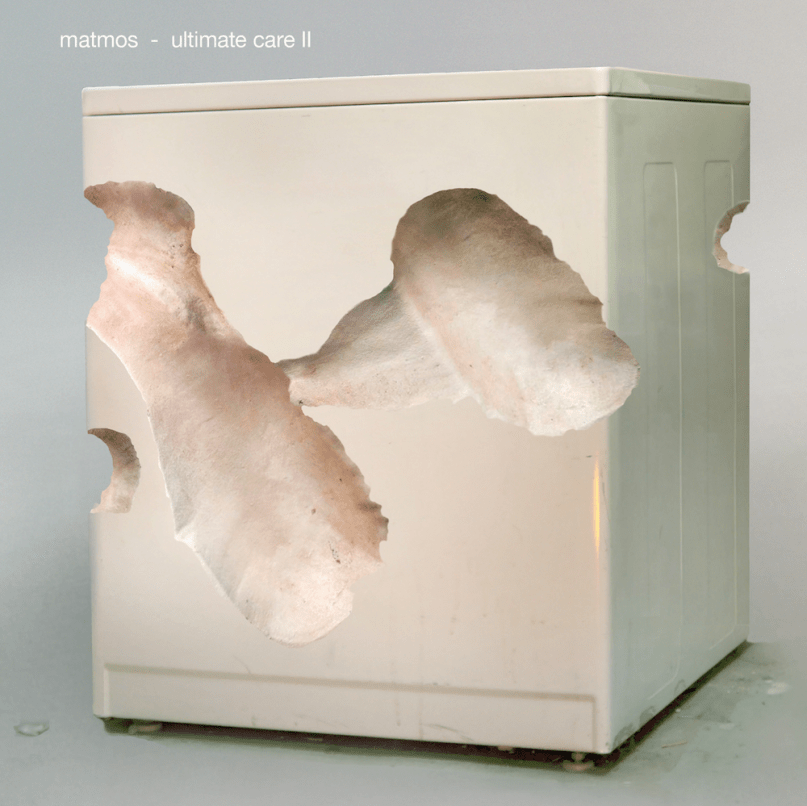 Baltimore­-based experimental electronic duo Matmos have never shied away from a concept. They originally rose to prominence in the late ’90s with their predilection for deconstructing “found sounds” into dance music far too intelligent to be categorized as simply “IDM.” Their 2001 album, A Chance to Cut is a Chance to Cure, was an epiphany, taking sounds from the operating theater to create a visceral meditation on plastic surgery. Two years later, they returned with The Civil War, their most gorgeous album, exploring the sounds of historical folk music. In the time since, the music of M.C. Schmidt and Drew Daniel has gotten increasingly more cerebral, even more experimental, reaching an apex in 2013 with The Marriage of True Minds, a markedly conceptual album based on four years of parapsychological experiments.

Now, the band is back with a 38-minute ode to their washing machine, the eponymous Ultimate Care II. Every sound on the single-track album is produced, in some way, by the machine­­, whether from a wash cycle or by Schmidt and Daniel hitting, scraping, or manipulating it themselves. The result is, as you would guess, an album full of hypnotic rhythms and bubbling textures, easing its way through the actual sounds of the washer at work: driving metallic tribal beats, tinkling marimba-­like tones, sweeping synth swells, and delightfully organic howls and squeals.

It all begins with the turning of the machine’s dial and the water flowing in, and ends, of course, with the final buzzer going off. But what happens in between is a series of interesting and often gorgeous movements, explorations of what two gifted artists can create with nothing more than a household appliance and a computer. And, in that, it’s a brilliant project. It’s challenging and intriguing, with a reverence for its purity of concept. Ultimately, though, unlike most of the duo’s records, it’s a little bit too obvious, the motif too heavy­-handed.

The most intriguing aspect of Matmos’ discography is that when you hear the concept of one of their albums, the limitations and restrictions they’ve placed upon themselves, you think, “Oh my god, how are they going to do that? What is that going to sound like?” And then, when you finally sit down to listen, it’s an experience you could never have imagined. The genius of Matmos is in exploring the tiniest moments, expanding unheard sounds into something massive and complex and completely unexpected. But Ultimate Care II sounds pretty much exactly the way you would expect it to. Even when the sounds are deconstructed and pitch­-shifted beyond the realm of recognizability, they’re still humming and buzzing over the machine’s sloshing water, the diagonal thumping of the machine on an uneven floor. The album’s length (about that of a typical wash cycle), the decision to keep it all as a single track, the framing of it­­ — it’s all a bit too deliberate for a band of Matmos’ calibre, an exercise in “Did you see what we did there?” that I’d expect out of a band just starting to experiment with sound, feeling the need to hold the listener’s hand a little too tight.

Ultimate Care II, then, is less an album and more a curio, perhaps better suited as part of an installation art piece at Matmos’ inevitable MoMA retrospective in 20 years than as a proper album. Like the art of Andy Warhol, James Rosenquist, or Marcel Duchamp, it takes a common, utilitarian object and asks us to consider it in a new light­­ — but it never quite makes us leave our comfort zone the way the duo’s earlier albums have. It is a beautiful piece of work with some truly mesmerizing moments that is absolutely worth a listen or two, but when placed next to the scope and execution of their output at the turn of the millennium, it just doesn’t compare. But then, as far as experimental music goes, few things do.