Drake and Beyoncé collaborators confidently step out on their own 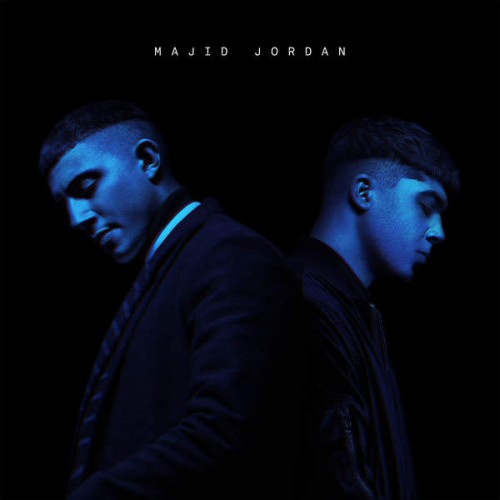 There was nothing surprising about the crossover success of Drake’s Nothing Was the Same ballad “Hold On, We’re Going Home”, but the appearance of the song’s feature, Majid Jordan, led millions of Drizzy fans to scratch their heads in unison. While some background info about the Toronto duo formerly known as Good People was eventually uncovered, singer Majid Al Maskati and producer Jordan Ullman’s lack of music under the Majid Jordan moniker, combined with their sporadic social media activity, meant there wasn’t a lot to find. In fact, Drake’s rendition of “Hold On, We’re Going Home” on The Ellen DeGeneres Show in September 2013 marked the pair’s first-ever live performance. Slow to embrace their instant fame, Al Maskati and Ullman let the song (for which they actually put together the original demo) and their credit on Beyoncé’s “Mine” do their talking for them while they continued to develop their sound as newly minted artists on the October’s Very Own roster, removed from the realm of celebrity.

With help from longtime Drake producer Noah “40” Shebib — who “changed the way I look at music,” Ullman told The New York Times last week — Majid Jordan have grown more comfortable with the spotlight and gradually become alt R&B sensations in the vein of The Weeknd, Autre Ne Veut, and Kelela. They have a strong grasp of hooks and pure songwriting flow in addition to their fluency in electronic styles like downtempo and deep house, and they’ve ultimately found a sleek, signature blend of sounds thanks to additional production help from the likes of 40, Jamie xx, and Illangelo. Now, following 2014’s A Place Like This EP, Majid Jordan’s self-titled debut album solidifies their place as distinct R&B stylists while proving they have the hit-making abilities to belong on a label as commercially potent as OVO.

While the popularity of “Hold On, We’re Going Home” is a lot to live up to, Al Maskati and Ullman have avoided one-hit wonder status with Majid Jordan’s singles so far, and other songs on the album follow suit. “My Love” is the explosive, Drake-featuring single revolving around Al Maskati’s struggle to believe his post-fame personal relationships are entirely authentic, and that theme gives the song more of a focus compared to the less specific lyrics elsewhere on the album. The stunning “Something About You” is the album’s single most powerful moment, with massive, pitch-adjusted vocal loops and a hard-hitting emotionality akin to Jamie xx’s Romy-assisted “Loud Places”. Elsewhere, the propulsive, high-BPM “Shake Shake Shake” has a chanted hook that, though quiet, renders it one of the catchiest songs here. “Day and Night” starts with a minimal downtempo groove and progresses toward a mesmeric web of Al Maskati’s soft vocals, synth figures, and a pulsing kick-clap drum pattern.

Above all, Majid Jordan is a deeply intimate album that relies more on finesse and subtlety than it does on sheer power moves. It’s lovelorn, late-night music that’s practically ambient at times. Before the catharsis of “Something About You”, “Warm” is a subdued slow-burner, with Al Maskati’s woozy vocal tracks giving the song more of an identity than any of the instrumentation. Later, penultimate track “King City” is a cloud of light synths that, again, takes flight with that voice, while the closer, “Every Step Every Way”, is just as affectingly understated.

Lyrically, Al Maskati spends Majid Jordan plainly expressing tense feelings of romantic unease, though his candor when singing about his heartache (“I only know how to be myself when I’m with you,” “I gotta talk to you”) can result in cliches (“She’s driving me mad,” “We’ve got nothing to lose”). But even if he doesn’t write with the detail of someone like Drake, never depicting his love interest the way Drizzy talked about “Courtney from Hooters on Peachtree” on Nothing Was the Same’s “From Time”, he’s still able to make his words more alive than they read thanks to the power and range of his voice. The directness of the lyrics can actually be effective when the rest of the arrangements complement their exactness, and Al Maskati and Ullman find that balance here more often than not.

Essential Tracks: “My Love”, “Something About You”