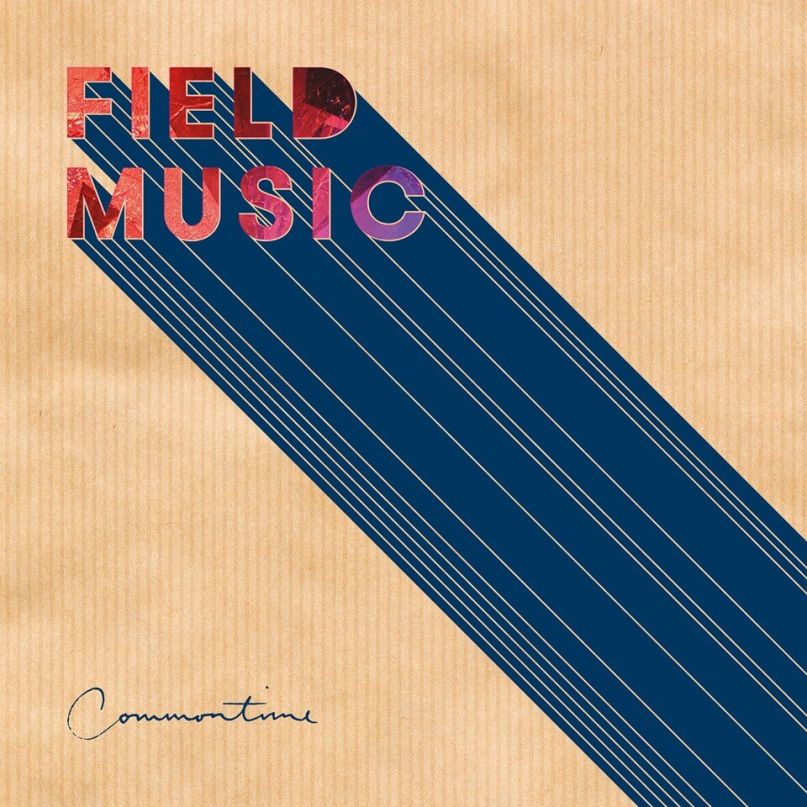 UK art rockers Field Music are a dynamic bunch. They’ve shape-shifted their way through the 2000s, working on a bevy of side projects between records and have let their different fares bleed together. It’s this consistent growth as a group that has made them one of the most engaging indie acts in England. Their newest record, Commontime, is yet another exciting new move for the band, chock-full of legitimate jams that will have both dedicated fans and casual listeners grooving along.

There are points on the record where the band give off a strong Squeeze vibe, especially when things get a bit funkier on tracks like “Disappointed” and “Same Name”. Vocalist David Brewis has a range that stretches the former from a straightforward pop track into something more complex and layered. The way his voice fluctuates isn’t an uncommon flourish, but he pulls it off in a way that really sticks with you. He floats through the octaves over the course of a single word in some instances, but without making that feel interminable. “Same Name” pairs his falsetto with a funky guitar riff and very low-key drumming, and it’s a simplistic formula that yields fun results. For a nearly six-minute song where not much happens, the arrangement still makes it one of the album highlights.

When the album is good, it’s very good, and at no point is it necessarily bad — but it is confusing. Some songs bleed together, while others stick out like a sore thumb. It’s not even that it’s a poorly sequenced record, though it is arranged a bit haphazardly. There just doesn’t seem to be a consistent tone. At moments, things are funky and poppy, and then they immediately get downtrodden. The most jarring example comes when the groovy R&B “It’s a Good Thing” shifts on a dime into the downbeat ballad “The Morning Is Waiting for You”. These two songs sound not only like they’re from different albums, but they barely seem like they’re from the same band. And, again, that’s not to say that either song is bad. “It’s a Good Thing” kicks off with a fun, bob-along guitar riff and maintains a funky clip for four and a half minutes. Aside from “Disappointed” and lead single “The Noisy Days Are Over”, it’s probably the best song on the record. “The Morning Is Waiting for You” is a beautifully sung piece that has truly gorgeous string accompaniment and a simple but effective piano backing. Unfortunately, it makes absolutely no sense in the context of the album.

If you aren’t already a Field Music fan, this might not be the record that drives you to their old material and side projects. It will, however, surely impress you as a display of true art rock smarts. The intangibles are all here in spades, and it’s obvious these guys have an exciting vision. Commontime is just arranged in such a way that the album’s contents are thrown into disarray.

Essential Tracks: “Disappointed”, “It’s a Good Thing”, and “The Noisy Days Are Over”