The post-hardcore trio's new album was recorded by J. Robbins of Jawbox 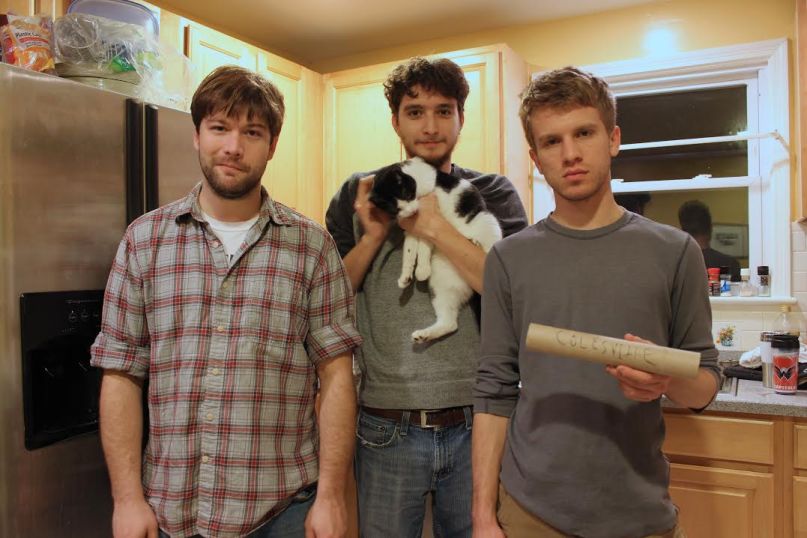 Maryland’s Two Inch Astronaut may have a name that brings to mind outer space, but their sound is rooted in the filth and sweat of post-hardcore acts like Jawbox and Nomeansno. In fact, former Jawbox frontman J. Robbins produced the trio’s upcoming third full-length, Personal Life, which finds them once again navigating that sweet spot between melody and outright chaos.

Two Inch Astronaut has just shared the title track of Personal Life, and it encapsulates all of the band’s most contradictory — and thus, most interesting — qualities. The song is by turns poppy and abrasive, with twitching guitar riffs giving way to frontman Sam Rosenberg’s supercharged vocal melodies. Rosenberg describes the track as “our attempt to write a more or less straightforward punk song … [it’s] about the coexisting human desires for attention and privacy.” Two Inch Astronaut should know a thing or two about coexisting; the band’s sound depends on smashing together disparate genres to form something altogether new and explosive.

Listen in to the title track below.

Personal Life is due out February 5th via Exploding in Sound Records.