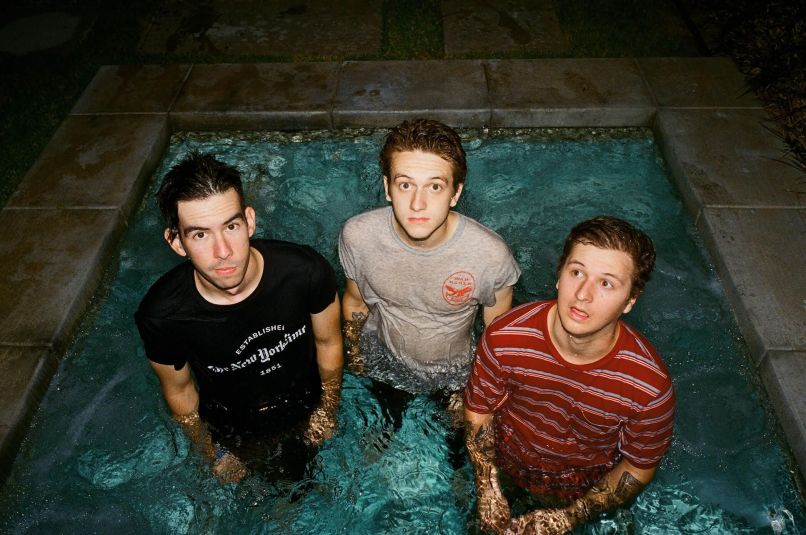 It makes sense that a band called The Frights would be scared of something, and that thing appears to be growing up. The three-piece surf punk band from San Diego has just shared their new single “Kids”, a wobbly, disenchanted anthem about the pitfalls of post-adolescence. To hear frontman Mikey Carnevale describe it, “It’s about living with your parents and hating them and being a brat … and once you’re finally out on your own, you realize how hopeless you are and how they were right.”

The song will appear on The Frights’ ominously titled upcoming album, You Are Going To Hate This. The album was produced by FIDLAR’s Zac Carper and will be released February 12th on Dangerbird Records. Pre-orders are ongoing.

In honor of its release, the band will host a special show at San Diego’s SOMA on February 13th. They’re calling it You Are Going To Hate This Fest, and other bands performing include SWMRS, The Garden, Plague Vendor, Melissa Brooks and The Aquadolls, Shady Francos, The Soaks, and Bad Kids. Check out a special announcement video from The Frights here.