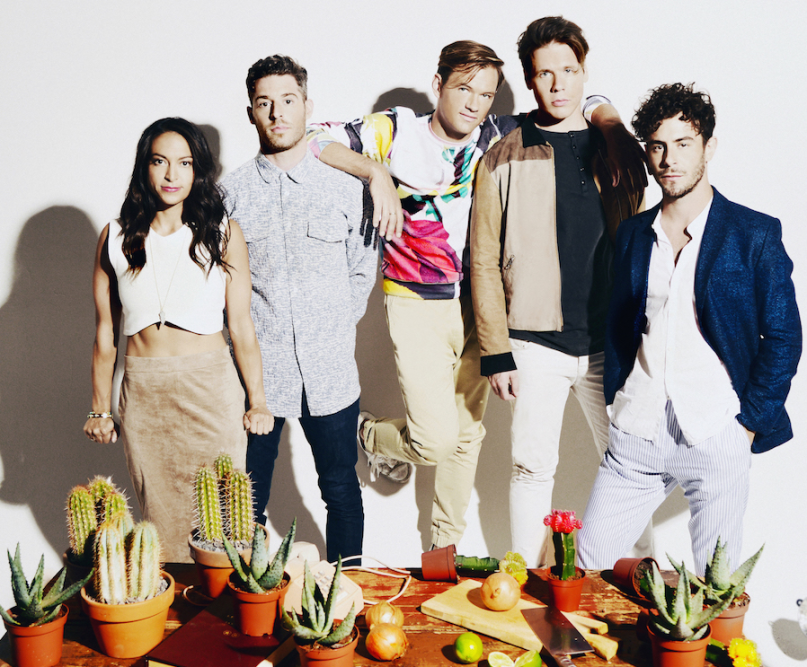 Jean-Philip Grobler earned himself a CoSign stamp of approval for the tropical bangers he created under his St. Lucia moniker. As the latest track from the outfit’s forthcoming sophomore release, Matter, makes clear, however, he’s just as adept at turning the lights down low and getting sensual. “Love Somebody” is built on synths that fall like soft rain on a window, timed out to some mellow group snapping. Unlike the jaunty lead single “Physical”, this new track is all about setting a mood for Grobler’s longing croons, and it succeeds with soulful aplomb.

“It’s sexy and naughty and is really about longing,” keyboardist/Grobler’s wife Patti Beranek said of the track. “Maybe it’s something secret that you can’t tell anyone about. A need to be with somebody, maybe anybody, and feel desired. It’s about how simple that need can be, and how simple it sometimes is to satisfy. Let’s just call it a booty call song that’s also about the romance of the booty call. It celebrates a certain feeling that I love in music, or in life in general: the space in between. The pull, the rub, where ying meets yang. A place where there is uncertainty but excitement. I love how it builds, i feel like you can get lost in it.”

For more of Matter, due out January 29th via Columbia records, revisit lead single “Dancing on Glass”. St. Lucia North American tour kicks off at the end of January; find those dates here.