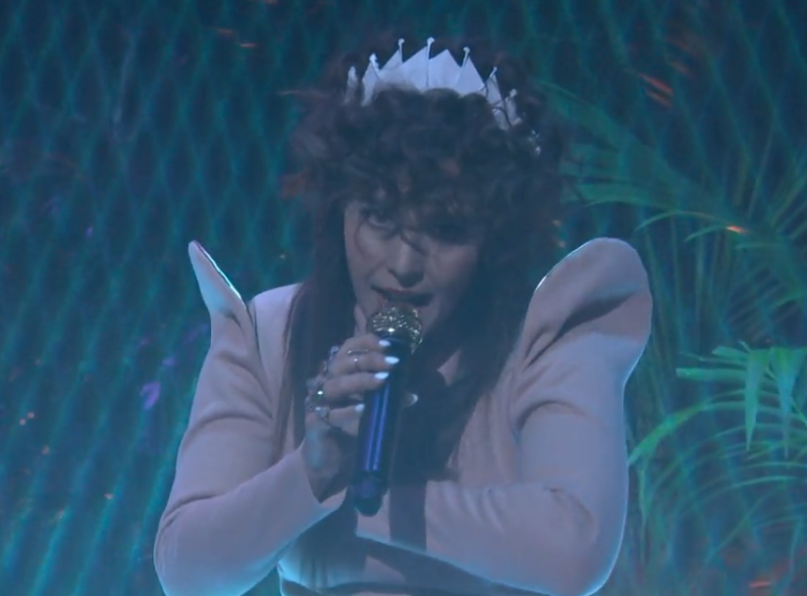 On last night’s episode of Conan, host Conan O’Brien not only revealed Bonnaroo’s 2016 lineup, but also gave fans a performance from one of the bands on the bill. Synthpop duo Purity Ring supported their 2015 album, Another Eternity, with a visually stunning performance of “Repetition”. From James’s trancelike vocals, to Corin Roddick’s throbbing atmospherics, to an impressive state setup that included a whole lot of forestry and lasers, it’s not hard to see why Purity Ring have nabbed such high-profile gigs.

Replay the performance below.