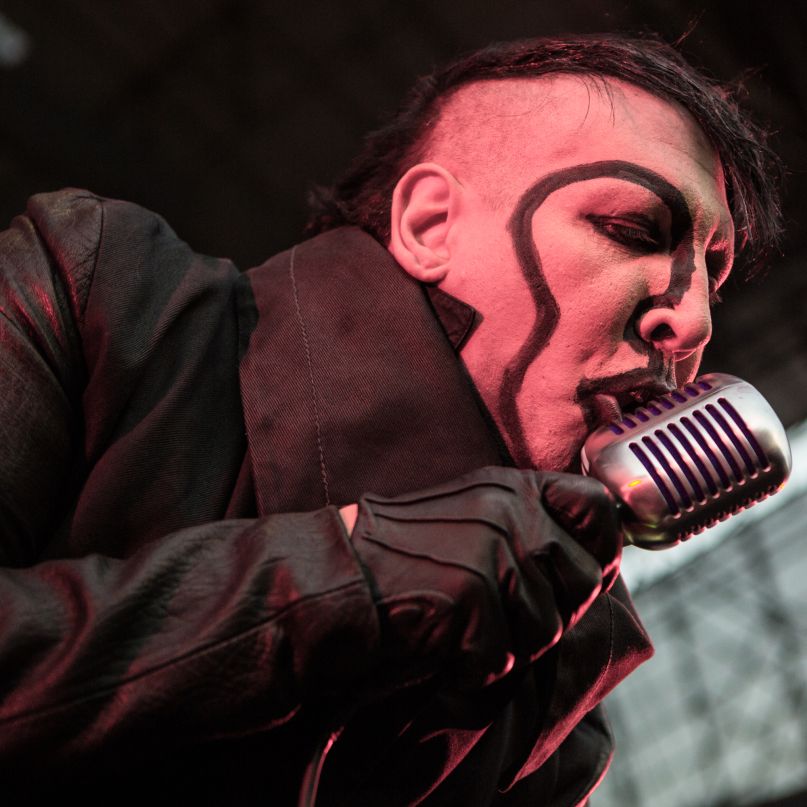 The beauty of a tribute record is its ability to bring together seemingly incongruous artists to express a shared appreciation for one beloved musician. A new tribute to cinematic and disco legend Giorgio Moroder, however, may be giving us the strangest bedfellows of all.

Outlaw country rocker Shooter Jennings has been working on Countach (for Giorgio) for a few years now, having first announced the project back in 2014. With the reveal of the album artwork and tracklist, it’s become clear just how wild this tribute may be. The biggest eye-catcher of all is the appearance of none other than Marilyn Manson on a track called “Cat People”. The song takes its name from Paul Schrader’s 1982 horror-fantasy film about werepanthers. It’s unclear whether or not Jennings and Manson’s song is a direct cover of Moroder’s score for the movie, which featured David Bowie on the Golden Globe-nominated theme song. (Now what’s stranger, that the 2016 song is happening, or that the 1982 one did?)

Manson isn’t the only unexpected name on the record, either. Brandi Carlile joins in on “The Neverending Story” and video game developer (the Ultima series) and self-funded second-generation astronaut Richard Garriott de Cayeux is credited on “Chase”.

We’ll have to wait and see if these head-scratching collaborations turn out to be as ridiculous as we imagine when Countach (for Giorgio) is released on vinyl in late February. The record, which follows Jennings’ 2014 George Jones tribute EP Don’t Wait Up (for George), will see release in other formats come March. Check out the reference-laden album artwork above, and the full tracklist below.

And because you know you want to watch it, here’s the Cat People trailer, featuring Moroder and Bowie’s theme.