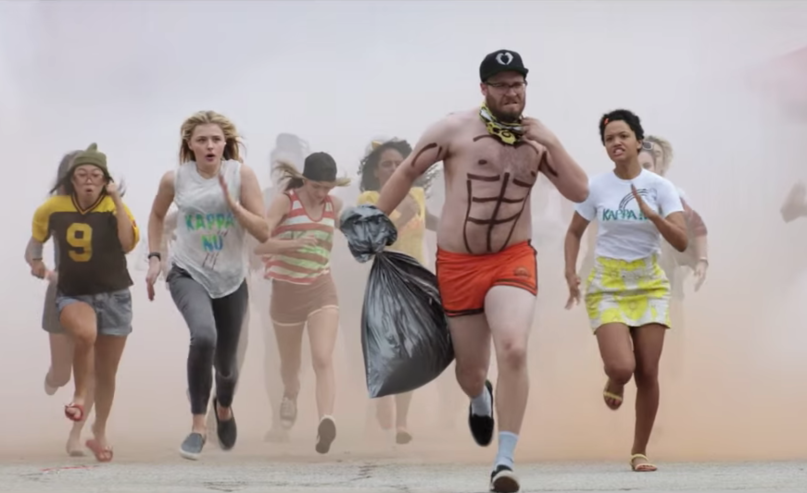 Two years ago, Generation Xers Seth Rogen and Rose Byrne took on frat boys Zac Efron, Dave Franco, and Jerrod Carmichael in Nicholas Stoller’s surprise comedy blockbuster, Neighbors. When all was said and done, however, the two parties went their amicable ways, and the story was laid to rest with a happy ending.

Enter Neighbors 2: Sorority Rising. Because it’s a sequel, the same premise is happening again to the same people, only now the gender’s swapped and it’s Rogen and Byrne vs. Chloë Grace Moretz, Kiersey Clemons, and the rest of their sworn-in sister psychopaths. What are the chances?

As the new trailer reveals, Rogen has since expanded his own faithful this time around, thanks to returning co-stars Efron, Franco, Ike Barinholtz, and Carla Gallo. Selena Gomez plays a part, too, and it appears Hannibal Buress will also return as the local cop whose luck dries out around bratty college assholes.

Catch the action below.