Islands announce two new albums, share “Back Into It” and “Charm Offensive” — listen

Taste and Should I Remain Here At Sea? LPs hit stores this May 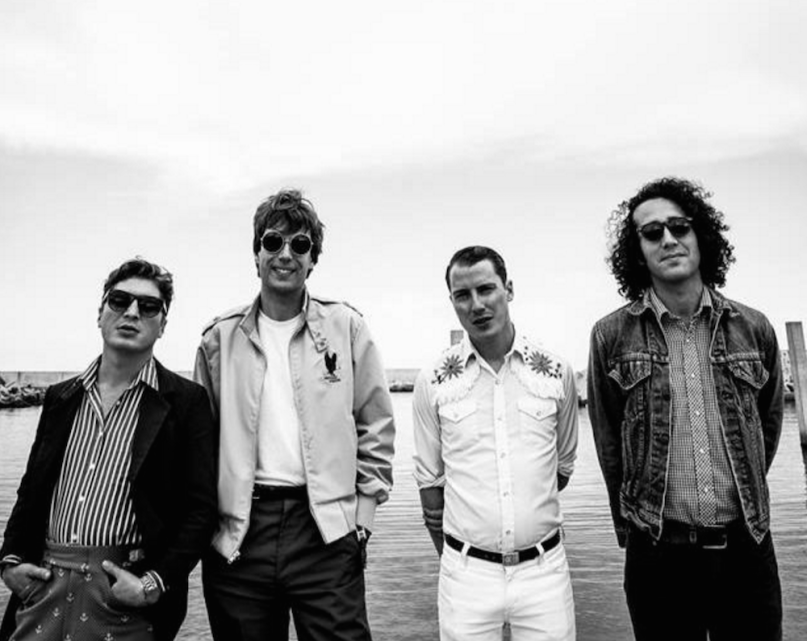 Islands frontman Nick Thorburn has kept himself busy since the band’s last album, 2013’s Ski Mask. Not only did he pen the soundtrack for the hit podcast Serial, but he also reunited with The Unicorns and released his sophomore solo album, City of Quartz, last summer.

This year, however, he’s turning his attention back to Islands with not one, but two brand new albums in Taste and Should I Remain Here At Sea?. Both are due to arrive on May 13th through Manque Music and serve as the group’s sixth and seventh full-lengths, respectively.

As Stereogum reports, Taste features more of an electric influence, while Should I Remain Here At Sea? is “billed as a raw and ragged pop-rock affair as well as a spiritual sequel to 2006 debut Return To The Sea, one that uses wildlife and technology as a framework for discussing ‘religion, race, addiction, and murderous fantasies.'”

The forthcoming LPs are being previewed today with each of their lead singles. “Back Into It”, off Should I Remain Here At Sea? is a shaggy yet hooky number. Here’s what Thorburn had to say about it:

“‘Back Into It’ “is a study in contradiction. It’s a bright, loose affair, with bubblegum backing vocals and major key guitar chugging, but you don’t have to dig that deep to hear the venom, acrimonious and sour. When someone rains on your parade, make rain on your parade lemonade.”

Meanwhile, Taste’s “Charm Offensive” is built atop a glowing, synth-y backbone, and features a bluesy breakdown slightly reminiscent of “The House of the Rising Sun”. Thorburn explained the song further:

“’Charm Offensive’ is all sharp angles, smooth lines and mechanical melodies, but just underneath is a desire for the round edges, the soft corners, a loose swing and some crude revelry. I was trying to express that urge to find the good times, and let the bad ones go. To stop using songwriting as a pool to wallow in. To find the light, to sneak in, “pull back the shades, see the darkness fade.”

Stream both songs below.

In support of both records, Islands will hit the road this summer.