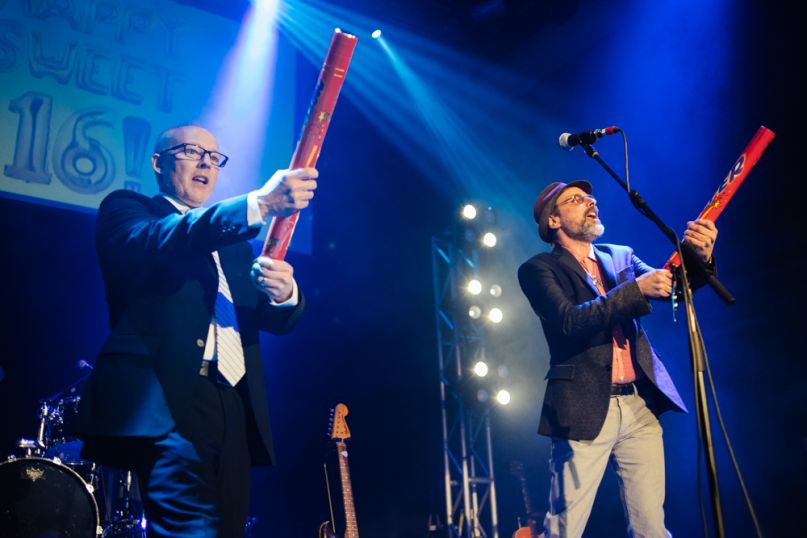 NPR Music’s All Songs Considered celebrated their 16th birthday at the 9:30 Club in Washington D.C. on Wednesday night. Hosts Bob Boilen and Robin Hilton helped the crowd see the history of All Songs Considered, including its start when Boilen directed All Things Considered. Glen Hansard, Sharon Van Etten, Kishi Bashi, Laura Gibson, The Suffers, and Dan Deacon all performed. Among the highlights were Hansard’s tribute to David Bowie with a cover of “Ashes to Ashes”, Van Etten performing a new song titled “Lucky Stars”, and Deacon, deemed the “birthday dad” by Boilen, kicking off a dance party to end the night.

Check out photos from the event below.