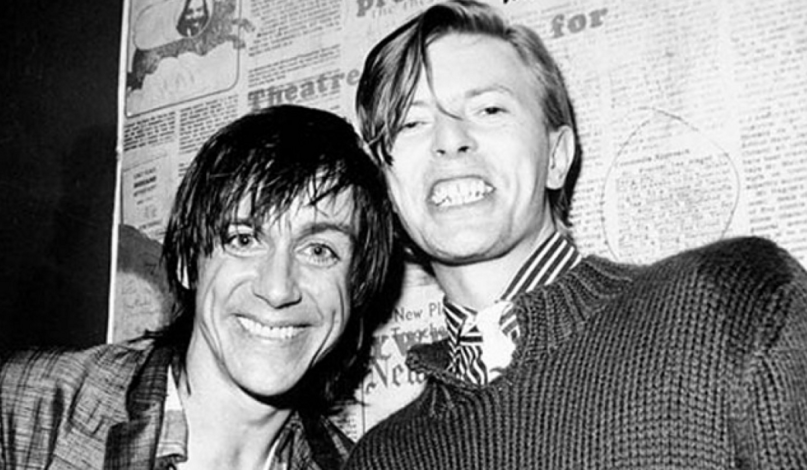 David Bowie’s historical impact can be felt in the countless number of tributes to surface in the days since his death. Musicians young and old have penned emotional reflections of The Thin White Duke. Some even took to their instruments and covered his greatest works. His hometown of Brixton staged a citywide singalong of “Starman”, while Austin renamed one of its street signs.

One of Bowie’s closest acquaintances, Iggy Pop, recently penned an extremely heartfelt tribute for Rolling Stone. In 1972, Bowie confronted Pop about his escalating drug addiction, encouraging him to move to London to work on music. There he teamed with James Williamson to pen what would become The Stooges’ crown opus, Raw Power, which was mixed by Bowie himself. Three years later, Bowie and Pop moved to Berlin together with the hope of kicking drugs for good. When not recording his own trilogy of albums, Bowie worked with Pop on his solo debut, The Idiot, and follow-up, Lust For Life.

“The friendship was basically that this guy salvaged me from certain professional and maybe personal annihilation — simple as that,” Pop wrote. “A lot of people were curious about me, but only he was the one who had enough truly in common with me, and who actually really liked what I did and could get on board with it, and who also had decent enough intentions to help me out. He did a good thing.”

“He resurrected me,” Pop added. “He was more of a benefactor than a friend in a way most people think of friendship. He went a bit out of his way to bestow some good karma on me.”

You can find more words on Bowie from Arcade Fire’s Win Butler, Sonic Youth’s Thurston Moore and Kim Gordon, Damon Albarn, and more below (via Pitchfork).

“David Bowie was one of the band’s earliest supporters and champions. He not only created the world that made it possible for our band to exist, he welcomed us into it with grace and warmth. I will take to the grave the moments we shared; talking, playing music and collaborating as some of the most profound and memorable moments of my life. A true artist even in his passing, the world is more bright and mysterious because of him, and we will continue to shout prayers into the atmosphere he created.”

“He asked Sonic Youth to play ‘I’m Afraid of Americans’ with his band at his 50th birthday party at Madison Square Garden in 1997. We met and rehearsed a couple of times and played the gig and it was all amazing, another realm of experience from where we traversed, but the one thing I always remember is him coming into the communal dressing room area where all the other artists were to say hello and have some photos taken. As he was leaving he turned and shouted, ‘Hi Coco, I’m so happy you’re here! Have a great time!’ to my three-year-old daughter Coco, who I was holding in my arms. She was the only person unaware of any hierarchy of celebrity in the room.”

“When I went to see the David Bowie retrospective traveling the globe, which was then in Chicago, I discovered that he wanted to be a writer when he was a young, with no desire to be a performer. It made sense to me that he would approach performing and his persona from a conceptual practice, understanding the idea of projection, the back ’n’ forth unspoken dialogue between performer and audience. There is no one who did it better than Bowie, breaking thru the glass ceiling of gender roles and expectations for what is sexy and charismatic as a rock ’n’ roll icon, post John Wayne, bringing the idea of the ‘dandy’ of eighteenth century France into contemporary life, bringing a focus on this new male identity set adrift with no apparent purpose since the demise of the silent cowboy type (who’s going to protect and take care of us womenfolk?), except free to be whatever he could imagine he could be, and taking us, his audience, along with him. The world has lost its most glittery son but the music and the imprint of Bowie on the world is forever.”

“You don’t know how important someone is to you as an artistic influence until suddenly they’re gone. I’ve certainly been having that experience. It’s kind of equal parts sad and celebratory to think, ‘Awesome. What an amazing career he had and what an amazing legacy he’s left for everybody.'”

Damon Albarn of Blur and Gorillaz:

“He had such a profound effect on my life, I don’t know where to start.”

Brian May of Queen:

I woke up late, after a long night, to shocking news. David Bowie gone. I don’t know if I can react immediately. He was a fearsome talent, and the loss to Music and Culture from his passing is inestimable. In and out of our lives, always challenging and innovative, and … shocking. But this news is hard to take in. I had no idea he was close to death. Would like to have said something … Very sad. Sincere condolences to his family. But what a life. All hail, David Bowie, Star Man, Hero. RIP.”