The success of Star Wars: The Force Awakens leads to a change in plans 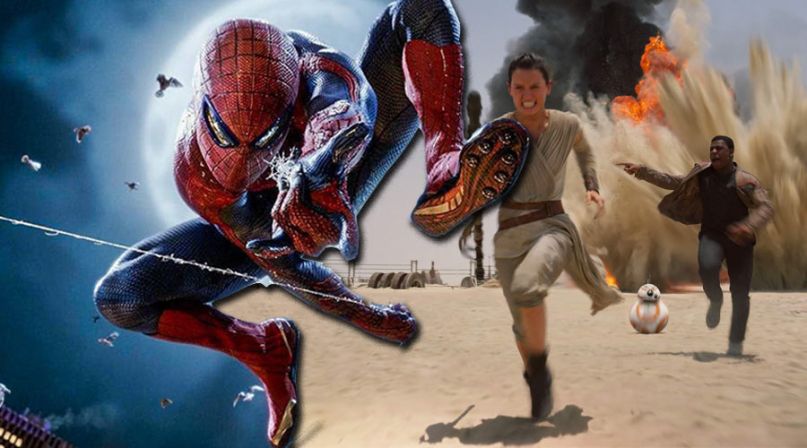 Following the success of Star Wars: The Force Awakens, Disney has made a few changes to its 2017 release slate. Originally scheduled for a May 26th, 2017 Memorial Day weekend debut, Star Wars: Episode VIII will now bow a full seven months later on December 15th.

According to The Hollywood Reporter, the decision is largely due to The Force Awakens’ record-shattering success during 2015’s holiday season. Placing the follow-up on the same weekend could, in the studio’s mind, set it up for similar numbers. The resulting domino effect has found Pirates of the Caribbean: Dead Men Tell No Tales taking Episode VIII’s old spot, leaving its old July 7th, 2017 spot wide-open. Sony has decided to fill that gap via its collaborative Spider-Man film with Marvel (owned by, coincidently, Disney). Spidey’s original date (July 28th) will be filled by a Sony remake of Jumanji.

The moves actually give wiggle room to what was a crowded summer for Disney. With Cars 3 set for a June 16th release and Guardians of the Galaxy Vol. 2 opening on May 5th, the studio’s summer was overstuffed with potential blockbusters. Moving Star Wars leaves all those other films with enough space to attract as much audience as possible.

Star Wars: Episode VIII is directed Rian Johnson (Looper) and features most of the Episode VII cast including Daisy Ridley, Oscar Isaac, John Boyega, and Mark Hamill along with newcomer Benicio Del Toro. Spider-Man is being directed by Jon Watts and stars Tom Holland as Peter Parker. Pirates of the Caribbean: Dead Men Tell No Tales is Joachim Rønning and Espen Sandberg and stars Johnny Depp as Jack Sparrow along with Geoffrey Rush, Javier Bardem, and Orlando Bloom.