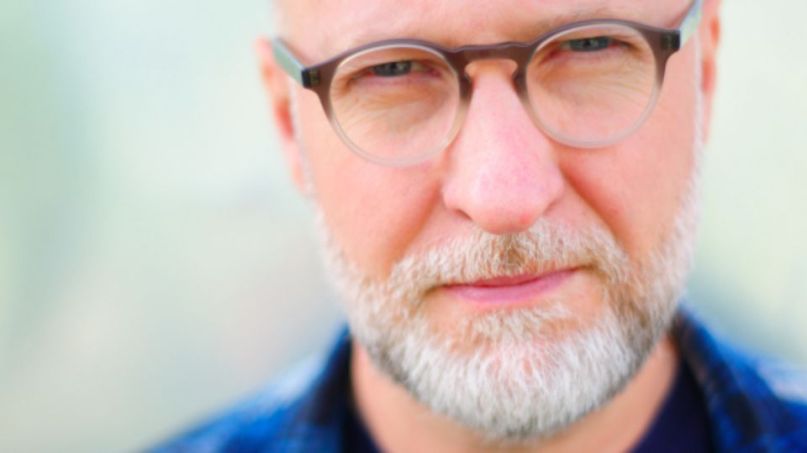 Bob Mould, the man who rocks so hard the ceilings can’t hold him, will continue his “third act resurgence” with a brand new album later this year. Set for release on March 25th via Merge, Patch the Sky follows Mould’s 2014 record Beauty & Ruin.

A press release says the album is a “triumph of opposing forces and properties” from “the master of balancing personal darkness with melodic brightness.” That dichotomy is at the exact root of the LP’s lead single,  “Voices in My Head”. The track is built on a warm and welcoming guitar strain, a bright line that highlights Mould’s slightly sad vocals. Lyrically, however, the song isn’t nearly as pleasant as it is to the ears. “If I decide to listen to the voices in my head/ Strange hallucinations I avoid,” Mould sings. “The people and the places/ The living in the dead/ You cannot find some truth within the noise.”

Take a listen to the track its the Alicia J. Rose-directed video, which sees Mould going slightly mad in his New York City apartment as he comes face to face with his inner voices.

Mould will support the 12-track Patch the Sky with a series of North American tour dates come this spring. Find his complete schedule, which includes multiple night stints in Minneapolis, Toronto, and San Francisco, below.