A worthy and worthwhile addition to the innovative band's discography 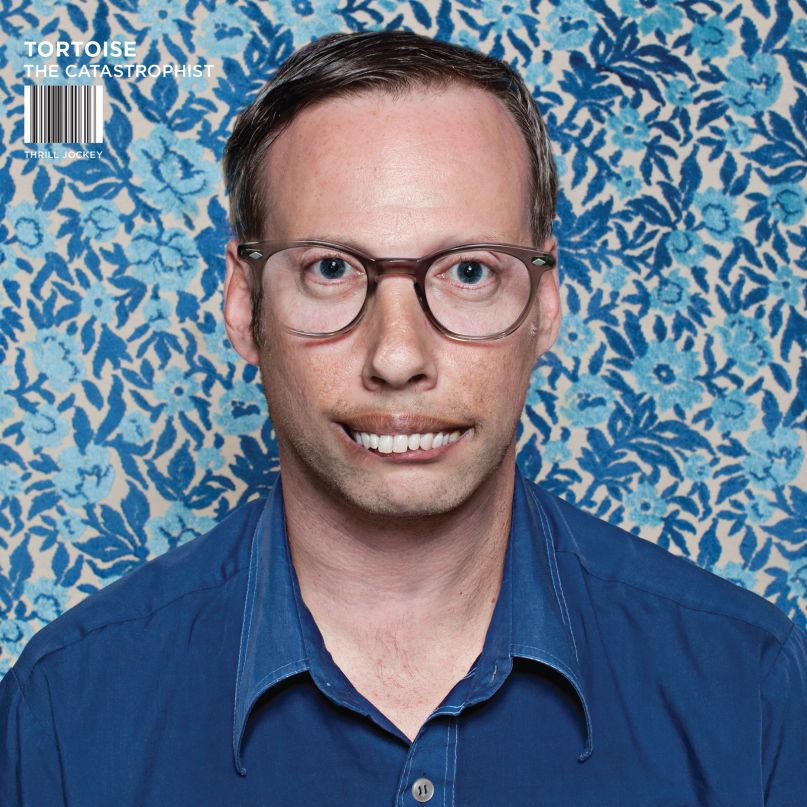 Chicago post-­rockers Tortoise have been innovating on the outer edge of indie rock for more than two decades, and The Catastrophist, their seventh studio album, proves that they are still finding new ways to approach their craft. Pulling inspiration from jazz fusion and minimalist electronica, Tortoise have always defined what “post-­rock” was meant to represent: ­­the sounds and ideas that exist beyond that of standard, blues­-based rock and roll, not just the formulaic retreading of slowly building riffs and delay­-heavy guitars that has since taken over the genre. Each of Tortoise’s meticulous albums has advanced the conversation of modern indie rock, and The Catastrophist, while not their best or most consistent record, again refuses to take the easy way out.

When their last album, Beacons of Ancestorship, was released in 2009, The A.V. Club called it “counterfire” to newer, heavier bands like Battles and Chevreuil “starting to experiment with a mathier, full­-tilt version of the Tortoise sound.” The record was loud, brash, rough around the edges, and proved that the band could keep up with their disciples. Seven years later, The Catastrophist retains some of the heaviness of that record (particularly on tracks like “Shake Hands with Danger”), but the core of its sound hearkens back to the decidedly more groove­-oriented electro-­jazz meditations of earlier releases like TNT and Standards. In fact, the album’s title track and its follow­-up, “Ox Duke”, sound like they could be outtakes from the jazz-­minded Tortoise side­-project Isotope 217 or the short-­lived (and unrelated) Los Angeles duo Test Shot Starfish.

But that isn’t to say the album sounds old or stale. The songs on The Catastrophist may in some ways feel familiar, but only because of the wide-ranging sonic palate Tortoise call their own. The five members that make up the band are nothing short of virtuosic in both their playing and vision, and have proven so time and again across their seven albums, as well as their laundry list of other lauded projects and collaborations from Isotope to The Sea and Cake. They can play anything and do.

That openness to experimentation, though, can sometimes cut both ways. That allows for brilliant marriages of digital and analog sounds on tracks like the record’s single, “Gesceap”, which features rolling synth lines that build into beautiful, soaring waves of sound over scattershot drums and chiming guitars. However, it’s also the guilty party on songs like “Hot Coffee”, a track that strays too far into cheesy porn funk. The most questionable inclusion on the record is the 73-­second “Gopher Island”, with its farting synth sounds that are more akin to something Gene Belcher from Bob’s Burgers would compose than the beloved godfathers of American post-­rock. And at just over a minute long, the song never has a chance to build into anything of more consequence, leaving it to feel like little more than a sketch, an incomplete idea that sounded cool at the time.

Perhaps the most interesting tracks on the record are the two that may take listeners the furthest out of their comfort zone if they aren’t familiar with the band’s 2006 collaboration with Bonnie ‘Prince’ Billy, The Brave and the Bold, a covers record that features Will Oldham on vocals. The first of these two songs is a slithering version of David Essex’s 1973 hit “Rock On” sung in disorienting ping-­pong stereo by U.S. Maple’s Todd Rittmann. The other, an original entitled “Yonder Blue”, features Yo La Tengo’s Georgia Hubley channeling Karen Carpenter over a warmly blown-out bit of warbling ’60s pop.

When primarily­ instrumental bands dip into the “featured vocalist” pool, it can sometimes feel like an unnecessary addition, an answer to a question you’d never thought to ask. Earth’s recent foray into vocals on Primitive and Deadly was one such failed experiment. But here, the songs feel inspired and actually leave me wishing they’d done a couple more. Both tracks do unfortunately stick out like sore thumbs — but not only because of the inclusion of vocalists, rather in their weird, one­-off production styles. That said, they’re fantastic songs that stand on their own merits.

Ultimately, it’s hard to blame Tortoise for any of the decisions they’ve made on The Catastrophist, because they’re a band that has built their entire career out of pushing against the boundaries of both indie rock and their own sound. While this record won’t reel in many new listeners, it’s a worthy and worthwhile addition to the band’s discography, full of catchy grooves that continue to defy expectations. And for a band to still be doing that 26 years into their existence is an achievement all its own.

Essential Tracks: “Shake Hands with Danger”, “Yonder Blue”, and “At Odds with Logic”