Nayvadius Wilburn gears up for a big 2016 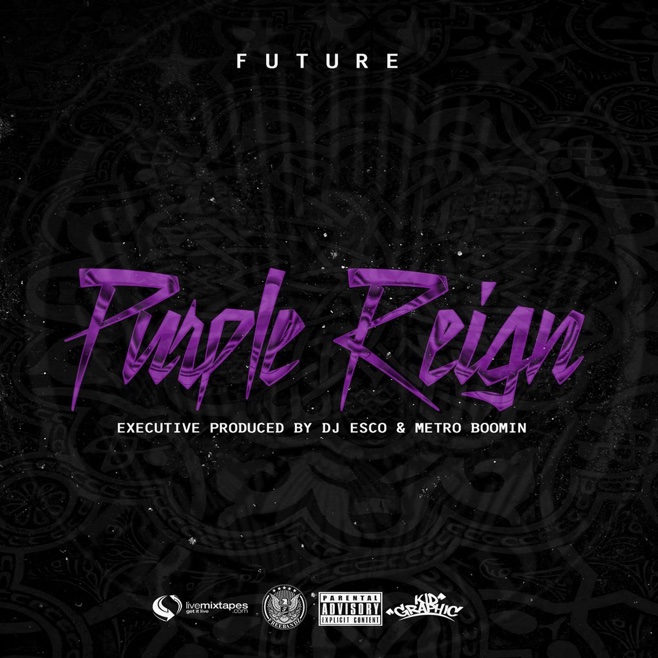 Future is constantly a work in progress. Every time it seems like he’s in a good place, he suddenly isn’t. 2015 saw the release of three Future records, each with their own distinct vibe. 56 Nights found Future reunited with DJ Esco after the DJ’s 56-day stint in a Dubai jail, and the tone of the mixtape is an odd combo of triumphant reunion and apathy over his soured relationship with ex-fiancé Ciara. His third studio album, DS2, saw Future diving headfirst into the bleakest parts of his breakup, an exploration of his tortured soul through a promethazine lens. It was depressing turn-up music, and it hit with an immediacy that most of his previous work had failed to achieve. Officially a star, Future then joined forces with Toronto Raptors team ambassador Drake for What a Time to Be Alive, which was a far less desolate affair than DS2 and saw the rapper in what seemed like the most emotionally stable place he’d been in a while.

That brings us to Purple Reign, Future Hendrix’s first release of the new year, and “a warm-up” for what’s to come according to the Atlanta rapper. The mixtape, despite still containing a base layer of the pettiness and anger towards his ex that was so present on DS2, seems to find Future ready to try moving on. “I had to take a loss so I could cherish this shit,” he raps on “Never Forget”, acknowledging that despite the large following he’s gained recently, he still took an L when it comes to his relationship. While Ciara and her new beau Russell Wilson might feel the meme-wrath of #FutureHive every so often, Future still has a bit of Crying Jordan rattling around.

After the extravagance of What a Time to Be Alive, this mixtape sees Future returning to the trap house and feeling just as comfortable as he does at the Four Seasons. One of the tape’s standout tracks, “Inside the Mattress” is built around the tried and true trap principle that the mattress is often the best hiding spot you’ll have for any racks and/or packs. “Perkys Calling” is essentially a piano ballad dedicated to Future’s past full of hitting licks and slinging drugs, memories that haunt the rapper despite his recent successes. There’s an apologetic nature to the track that craves empathy.

The production on Purple Reign is handled in large part by Metro Boomin, who also co-executive produced the mixtape with DJ Esco. However, the tracks that Boomin didn’t produce are the ones that stand out. No shade to him of course, but the aforementioned “Inside the Mattress” (produced by Nard & B) and “Perkys Calling” (produced by Southside), as well as “Run Up” (produced by DJ Spinz) and “No Charge” (another Southside joint) draw the most attention. There’s kind of a “back to basics” mentality when it comes to the beats on this mixtape. They’re far less lavish than Future’s recent past might suggest, producing a true “mixtape” aesthetic in a time when that distinction is often blurry.

Having had one of pop culture’s most tumultuous 12 months, Future looks ready to make 2016 his year. His profile is higher than ever, and he’s poised to make a statement with whatever comes next. Purple Reign stands as a fine mixtape by itself — neither his best nor worst recent work, it nonetheless works perfectly as a preview of what’s to come. Six months after What a Time to Be Alive, he was due to shake the dust off. Now that he’s warmed up, let’s all sit back and watch the fireworks.

Essential Tracks: “Inside the Mattress”, “Perkys Calling”, and “Run Up”