A tense and melancholy drama that's as Bowie as they come 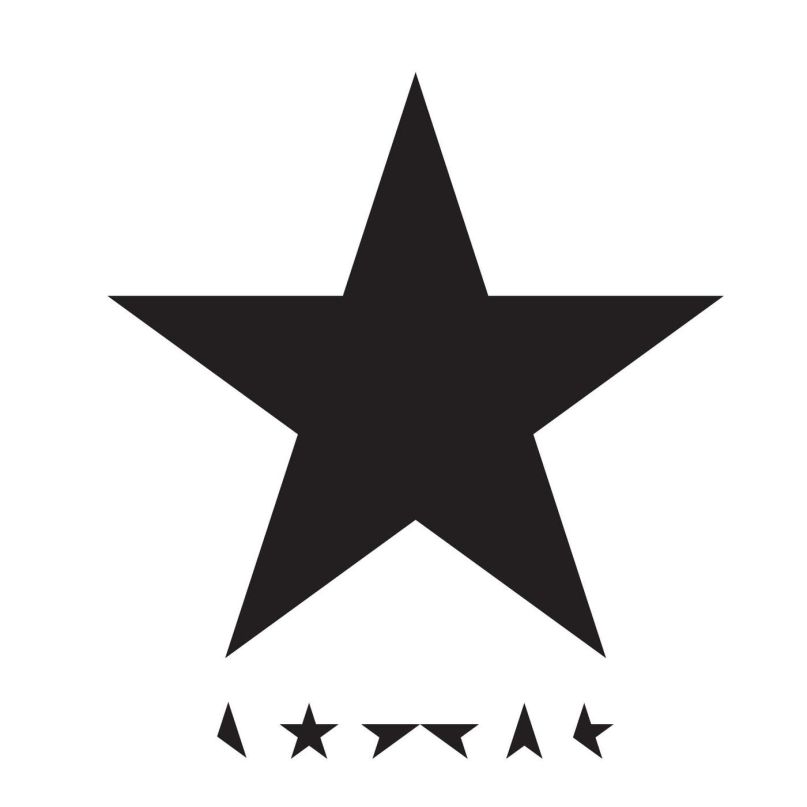 When David Bowie returned from a 10-year hiatus with 2013’s The Next Day, he could have sanded down the edges of one of the longest and most enigmatic careers in pop history. For a while, it almost seemed like that was what he was doing. The Next Day ruthlessly cannibalized his past, pooling styles and gestures from classic Bowie albums into a solidly mid-tempo simmer. He rehashed the cover of “Heroes” and stamped an ugly white square over his face with “The Next Day” printed in anemic sans serif in the middle. It was half a joke, half a nod to a trajectory that seemed to be finding its bookend. With★ (pronounced Blackstar), his 26th studio album in almost 50 years, The Next Day looks more like the beginning of a brand new chapter.

Though distinctly its own animal with desolate production and long-winded, lurching rhythms, ★ grows from seeds scattered throughout The Next Day. It’s tied to the stage show Lazarus, whose antagonist, Valentine, makes an appearance on TND single “Valentine’s Day” as a skulking killer steering Bowie from the shadows. The nervous drum work and perforated, layered vocals of “If You Can See Me” (not to mention its meta lyrics, which harken back to Bowie touchstones like “Changes”) set a template for what would become ★ — a soundly self-contained LP that subtly digests Bowie’s fragmented past.

If classic Bowie works housed traces of melancholy inside robust and rhythmic art rock, 21st century Bowie lets his melancholy bleed unabashedly through his music’s outer membranes. ★ is a sad record, preoccupied with death and dying and the angst of being forgotten, but it achieves its effect with the same detachment that has always marked Bowie as a public figure and as an artist. There’s no insight here into him as a person or how he sees the world of 2016. There’s just mood rotating on a galactic scale, floating the big questions while firmly refusing to fiddle with their particulars.

Bowie’s helped out here, as he has been for crates of records, by Tony Visconti, who sets a roster of jazz musicians in motion across an expansive environment. Most Bowie albums have adopted space as a backdrop, but ★ sounds like space, the echoes between instruments tracing wide swaths of emptiness, enhancing the isolation hinted at in the weighty but opaque lyrics. “Look up here/ I’m in heaven/ I’ve got scars that can’t be seen,” Bowie bemoans in the slow-grinding “Lazarus”, his lines punctuated by woodwinds and guitars that rattle at him from another plane. “This way or no way/ You know I’ll be free.”

(Ranking: Every David Bowie Album From Worst to Best)

On other songs, he casts his frustration in sharper terms. “Where the fuck did Monday go?” he demands on the barbed “Girl Loves Me”, his voice cutting that classic Bowie yelp that’s been tapped by Win Butler and Spencer Krug and St. Vincent and too many more to name. Only, Bowie himself sounds more weathered now. He hits the notes, no problem, but he lets you hear the effort in them. His vocal talent has always been more willful than organic; the song “Heroes”, maybe his best, still hits its transcendent register not because of its structure or its polish, but because Bowie is willing to lose his shit while he’s singing it. ★ affects a similar vulnerability, letting you see the will in his performance, still saving room for danger after all these years.

Bowie could never be said to reveal himself while still remaining Bowie, but ★‘s closing song brings a new vividness to his opacity. “I Can’t Give Everything Away” cements and defends his enigma, and does so atop one of the loveliest melodies he’s crafted in decades. He sings to the edge of his range, his vibrato rich and earthy. “Seeing more and feeling less/ Saying no but meaning yes/ This is all I ever meant/ That’s the message that I sent/ I can’t give everything away,” he insists against a stock synth pattern and drum beat, offset by paisley swirls of saxophone. It’s the simplest track on the record, and it comes from the most human place Bowie knows how to access. The song yearns for connection, but, Bowie being Bowie, connection only manifests at a distance. Get too close and you’ll break the spell. That’s the paradox he’s always carried.

(Read: David Bowie Will Never Die: Decoding the Icon Who Fell to Earth)

It would have been so easy for Bowie to make Next Day after Next Day, to satisfy the nostalgists with carefully measured Bowie rock. But Bowie has always been more of a pose than a sound, and to see him fall into complacency would disrupt his cultural standing more than any deviation from his formula. ★ is a battle cry against boredom, a wide-eyed drama set in a world just beyond our scopes. It doesn’t get more Bowie than that.

Essential Tracks: “Lazarus”, “Girl Loves Me”, and “I Can’t Give Everything Away”