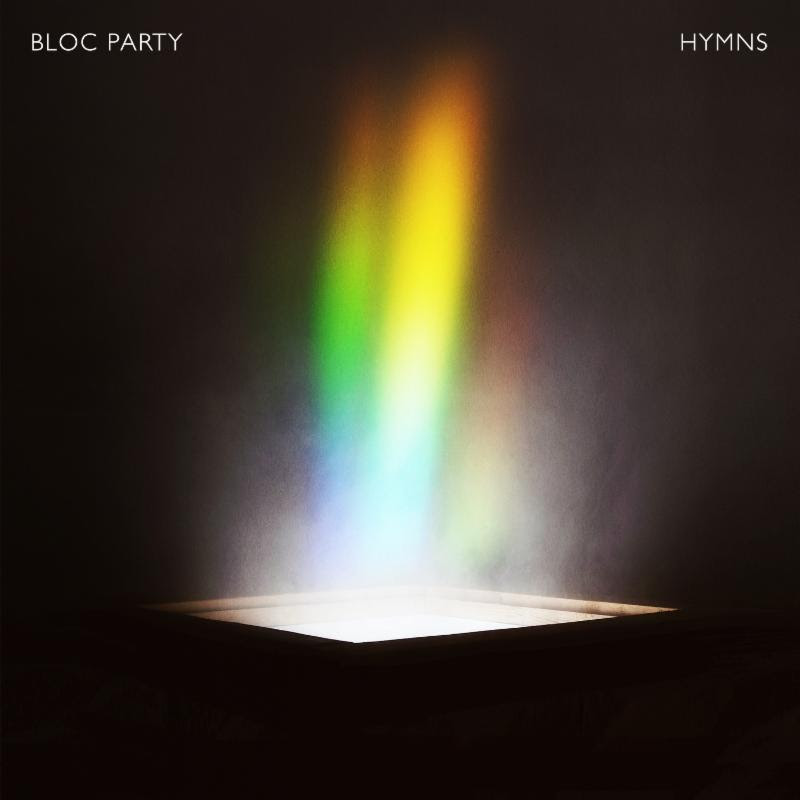 If you’re looking for a return to the “old” Bloc Party, Hymns isn’t your answer. Instead of the frantic desperation that colored their early records, frontman Kele Okereke and co. work with subtler strokes, embracing a more restrained, soulful approach. The other reason why Hymns sounds like Bloc Party 2.0 is because, in a way, it is: The album marks Bloc Party’s first full-length release since the loss of longtime members Gordon Moakes and Matt Tong. While the remaining half of the band, Okereke and guitarist Russell Lissack, have always been the band’s primary songwriters, the shift in dynamics casts a shadow over the record, and the feeling of trying to move forward after a seismic life change pervades throughout.

At face value, Hymns is very much a breakup record. Its strongest moments address the confusion and uncertainty that come after the dissolution of a relationship. Songs like “So Real” excel by holding back, with Okereke crooning softly over slow-burning bass lines. Album closer “Living Lux” finds Okereke having one last dinner with a loved one at an upscale restaurant, looking back at how far they’ve come but acknowledging the need to say goodbye. In the context of the band’s lineup shuffle, the song, along with others on the album, feels as much about Okereke saying goodbye to his former bandmates as it does old loves.

The softer, more pulled-back approach that Bloc Party take here is the best part of the record, even if they don’t always fully commit to it. Lead single “The Good News”, with its country slide guitars, is the weakest track on the record and also the least indicative of its sound as a whole. The moments where the band try to be more upbeat often fall flat, like when Okereke goes for his old sing-talk trick in the verses of the mediocre “Into the Earth” — especially since he just spent five minutes pushing the upper register of his vocals on the serene “Fortress”.

In an interview with Rolling Stone, Okereke said that he was listening to a lot of devotional music and reading books of hymns he pulled from his parents house while writing the record. He uses that influence to craft devotionals of his own here, only to former loves and old friends, made with the same fervor of the gospel music he studied. The backing chanting in “Only He Can Heal Me” is nothing if not his take on a devotional tune. Late in the record (in one of his clumsier lines), Okereke sings, “Rock ‘n’ roll is getting old, so give me neo-soul.” If 2012’s Four saw the band getting bored with their genre pigeonhole, Hymns finds them starting to flourish in a new one, even though that may turn some longtime fans away.

“I’ve never been too concerned with how people are going to react to things,” Okereke explained to Rolling Stone when asked about how he thought fans would respond to the change. “The point of making the record was that it was coming from a very honest place.” While it may not all hit the mark, every moment on the album feels naked, open, and truthful. On “Exes”, Okereke pens an awkward apology to all of his past lovers that never reaches the poignancy it strives for — it’s just too general. The band excels when it goes after a specific feeling, like on “Different Drugs”, the cinematic centerpiece of the record that may be the band’s best song in a decade. The song finds Okereke detailing the slow-moving train wreck that is the end of a relationship, comparing the disconnect between lovers drifting apart to the feeling of two people riding the effects of separate substances. The music builds to claustrophobic effect, and right at the climax, Okereke pulls back, using a ghostly pitch-shift to craft a refrain that feels appropriately empty. It’s a masterful moment that shows how Bloc Party can succeed when embracing a more mature, nuanced outlook.

Even in Hymns’ clumsier moments, the band never try to be something they’re not. Four tried too hard to force differing styles, rather than naturally pushing the band’s sound further. Bloc Party’s attempt at gospel may not be traditional, but the idea of purging the demons of the past to make a fresh start lends these songs a connective tissue that strengthens the work as a whole. This may not be the same Bloc Party who made Silent Alarm 12 years ago, but by owning up to their progression over the past decade, they’ve managed to make their strongest work in years.

Essential Tracks: “Different Drugs”, “Fortress”, “So Real”, and “Only He Can Heal Me”