This guy built a real, flaming lightsaber, and it’s terrifying

For all those who argue a lightsaber would never actually work 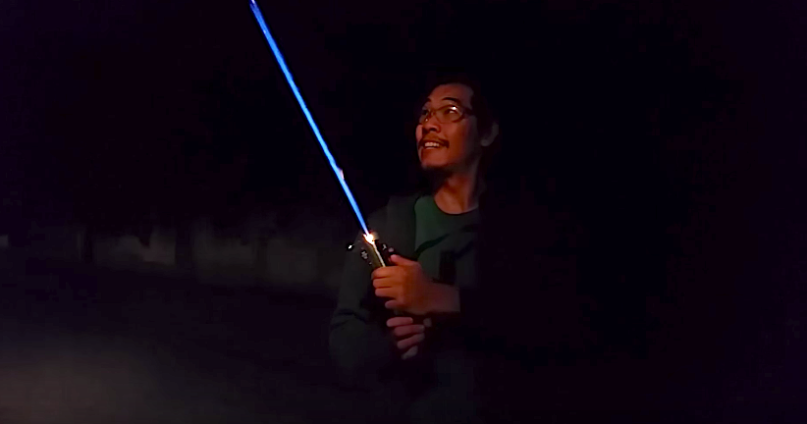 Remember Allen, the guy who made a replica of Thor’s hammer that only he could lift? He’s back just in time for Star Wars: The Force Awakens with another functioning piece of iconic nerd weaponry. This time around, the creator behind Sufficiently Advanced built a real, working lightsaber.

Of course, it’s not the concentrated beam of energy used by the Jedi and Sith in the films, because science. Instead, Allen took a replica of Anakin Skywalker’s second lightsaber (or Luke Skywalker’s first, if you’d prefer) and added a nichrome ignition and a 3D-printed enclosure around a syringe valve. Inject a little methanol/acetone mixture for fuel, plus some butane for propellant, and the saber creates a highly-focused stream of flame, complete with sound effects and glowing hilt. Adding a bit of boric acid into the ignition mix turns the “blade” from blue to green, so Allen can be Luke or Obi-Wan at his choosing. (YouTube commenters note that strontium chloride or lithium could turn the blade a Sith-approved red.)

Understandably, Allen was a bit tentative with the device at first — after all, he’s essentially wielding a flame thrower right by his face. He eventually got comfortable enough with the weapon to take on some ballon Stormtroopers and do to Jar Jar Binks the thing we’ve all dreamed of doing since his introduction to the Star Wars universe. Check out the video below.