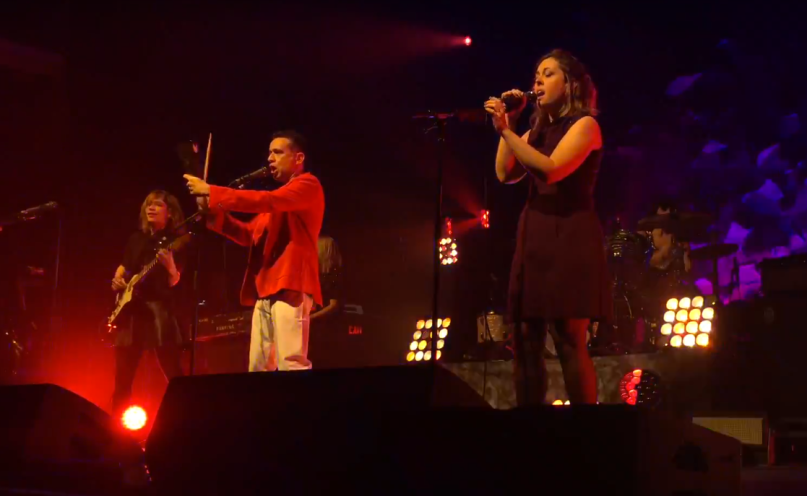 Fred Armisen and Sleater-Kinney have an affinity for each other well-documented over years of collaborations. From Carrie Brownstein and Armisen’s Portlandia to the latter’s appearance in the band’s video for “No Cities to Love”, the title track off one of the year’s best albums, their work together produces top-quality material more often than not. At the Olympian punk trio’s New York City show at Terminal 5 on Sunday evening, they may have hit upon their most perfect collaborative moment yet.

(Read: Reunion of the Year: Sleater-Kinney)

Near the end of what was the second of the band’s five-show run of dates in NYC, Arminsen came running out banging on a cowbell. He was there to take lead on a cover of the classic B-52’s party anthem “Rock Lobster”. If there’s a better duo than Armisen and Corin Tucker to take on the formidable challenge of imitating Fred Schneider and Katie Pierson, they haven’t been discovered yet, as the pair nailed the ridiculous vocal acrobatics of the track. What’s more, the band stretched the whole affair out to a seven-minute long jam that saw them writhing on the stage in an orgy of new-wave wonder.

Watch the whole performance from two different angles below.