Performance of the Year: Michael Shannon 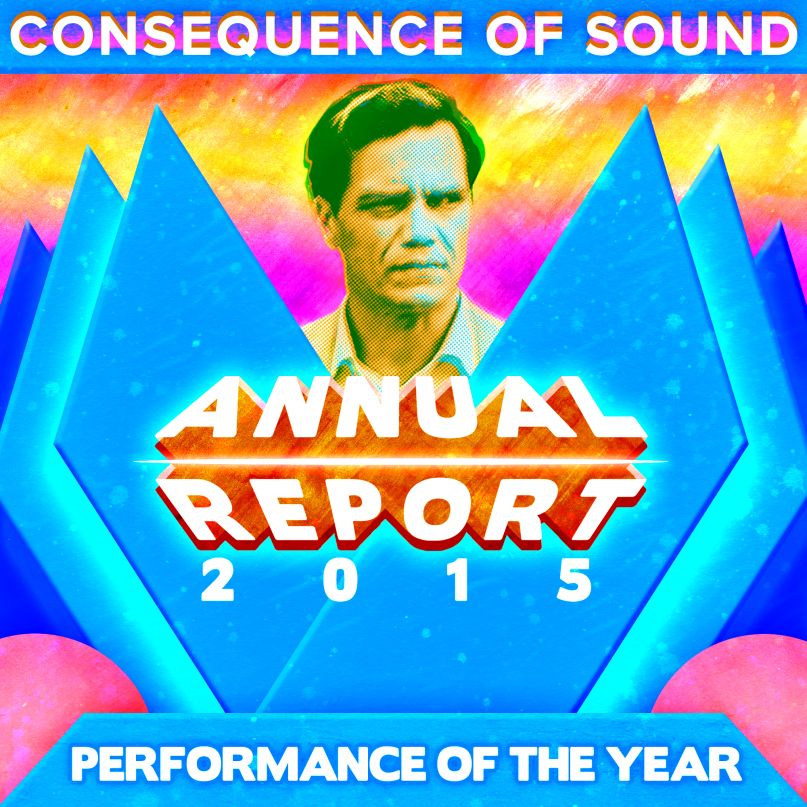 “America doesn’t bail out the losers. America was built by bailing out winners. By rigging a nation of the winners, for the winners, by the winners.”

For the past seven to eight years, Michael Shannon has turned in one fascinating, intense, and deeply layered performance after another, even as his star has continued to rise. Starting out in the Chicago theatre scene as one of the co-founders of A Red Orchid Theatre, Shannon’s breakout roles in films like 2006’s Bug, 2008’s Revolutionary Road (where he received an Oscar nomination), and 2011’s Take Shelter have proven him to be one of the most dedicated and fascinating screen presences of recent years.

In a year stuffed with stellar performances, it’s Shannon’s role as the calculating, inexorable Rick Carver in Ramin Bahrani’s housing-crisis potboiler 99 Homes that stands out in particular. An absolute shark of a character, Shannon infuses Rick with a seething, obsessive energy (much like many of his other acclaimed character roles), as he finds a way to profit off the 2008 housing crisis and the many personal apocalypses it dispenses to the working poor. Not long ago, we got a chance to talk to the amiable, personable Shannon over the phone about Rick, 99 Homes, and his varied and incredibly busy career to date.

According to Shannon, his involvement with the project stemmed from a serendipitous meeting with Bahrani. “I met Ramin years ago at the Venice Film Festival,” he says. “I was there with a Werner Herzog film called My Son, My Son, What Have Ye Done? Ramin was a judge there, I think, and he had a short film there called Plastic Bag. Werner actually did the voice of the plastic bag in the film, so I met him through Werner.” After seeing Plastic Bag, Goodbye Solo, and some of his other films, Shannon recognized Bahrani’s talent and expressed interest in working with him.

“A few years later, [Ramin] called me up and told me about the script, and he sent it to me and I read it and it knocked me out,” says Shannon. “I was just totally blown away by it, and I wanted to meet with him.” After a few meetings talking about the project in general – and even debating which character Shannon would play – Bahrani asked him if he wanted to play Rick. “I jumped at the opportunity.”

In order to research the uniquely topical nature of the 2008 housing crisis and the predatory nature of realtors and other opportunists like Rick during that time, Shannon was encouraged by Bahrani to go down to Florida to meet a man who did the same ugly job Rick does in the movie – foreclosures on people’s homes.

“I didn’t know anything about real estate [at the time]. It was a very foreign thing for me,” says Shannon. “So I asked Ramin for help, and he said I should go to Florida and meet with this fella. He had a similar operation – you know, he did similar things, he had to do evictions, he would sell foreclosed properties … but he’s not a criminal or anything.” While he drew greatly from this research, he still relied mostly on his own instincts and choices to inform the character of Rick.

At first blush, Rick Carver is your typical Michael Shannon performance: Similar to his Boardwalk Empire anti-hero Nelson Van Alden, Rick is an incredibly brooding, Old Testament kind of figure with a steely gaze and a bubbling core of rage inside him. One of the most fascinating elements of Rick’s demeanor is his constant, shark-like sense of forward momentum – always talking on the phone, getting new cars, new houses, new girlfriends – which makes Rick such an imminently compelling character to watch.

“He’s always in motion. I think he’s very restless,” Shannon notes. “I don’t think he stops and contemplates very often the trajectory of his life, you know? I think he’s addicted to the feeling of being successful, of being able to understand and manipulate the system to his advantage. It’s like he’s playing a board game in real life. It’s an adrenaline rush to him – to come up with the bigger deal, the better deal, always to be ahead of the curve.”

At the same time, says Shannon, “There’s a profound loneliness on his part, because Rick’s very aware that people don’t like him. I don’t think he feels very close to anyone, even his own family. I think that’s one of the reasons he reaches out to Andrew [Garfield]’s character, Dennis; he would like someone to witness what he’s going through and understand why he does what he does. If he can get Dennis to understand what he’s doing and why he’s doing it, maybe he won’t feel so alone.”

Part of that intimate partnership with Dennis and Rick centers around the use of guns, which Rick insists he and Dennis keep on them at all times. Regardless of whether or not they’re used, the presence of guns in Rick and Dennis’ lives serves as both a reminder of the dangers of the job and the newfound sense of virility and power they get from beating the system that beat them down in the past.

“That was a big thing for Ramin, because when Ramin went down to research the film, he was shocked that everybody had guns. Everybody,” Shannon says. “It cuts to the primal nature of this encounter of the eviction. I mean, you’re yanking people out of their homes. It’s going to bring to the surface some rather primal, terrifying emotions. You read about it in the newspaper. It’s all numbers and statistics. It seems cold and impersonal. But when you’re actually there, it’s pretty hot-blooded.”

Despite the surface-level villainy perpetrated by Rick with his unscrupulous behavior and predatory aggression, Shannon doesn’t see him as the bad guy. Rather, he’s a desperate man learning to react to a terrifying time in America’s history by leaning into its inherent corruption and profiting from it. “Maybe that’s why guns are so rampant in our culture: they’re a way of giving people who, underneath it all know or at least feel like they’re incredibly powerless, some sense of power. Even if it’s an absurd, basically completely unnecessary and unprovable power.”

WARNING: Spoilers ahead for the ending of 99 Homes.

The parable nature of 99 Homes heavily informed Shannon’s approach to the character, and he was fascinated by the open-ended, complex nature of the problems that led to the housing crisis. Even at the end of 99 Homes, after Dennis averts a hostage situation by opening up to a soon-to-be-evicted man (Tim Guinee) about both his and Rick’s crimes, the film leaves the audience questioning whether or not Rick will even face justice.

Shannon loves the ambiguity of that ending and how it ties into that same lack of accountability for the housing crisis today. “As Ramin is fond of pointing out, none of these people go to jail, really,” remarks Shannon. “They always find a way to circumvent that ramification somehow. None of the people that perpetrated this are behind bars. There are fines and fees and whatever, and at the end of the day, nothing happens.”

99 Homes is but the latest in a long line of harrowing, critically acclaimed projects and performances for Shannon; in the midst of that career, he’s also broken through into the Hollywood A-list with blockbusters like Man of Steel, continues to perform at shows for A Red Orchid Theatre in Chicago, and performs regularly with his band, Corporal.

In the midst of this incredibly prolific career, even Shannon doesn’t really know where he gets the energy, which he admits when asked. “That’s a good question,” he laughs, “I don’t know. You know, I do everything I do for different reasons. Opportunities present themselves – I’m honestly at Red Orchid right now because my partner Kate [Arrington], she was doing a show at Steppenwolf, and I knew her and the kids were gonna be in Chicago. They were doing a show at Red Orchid, and I knew there was a part for me in it. But yeah, every project I do is for a different reason.”

Even his dips into comedy have been tremendous, with cameos in David Wain’s They Came Together and this year’s The Night Before — both of which were products of serendipity and timing. In the former, he was rehearsing a play with They Came Together star Paul Rudd in New York, where they were shooting, and Paul simply asked if he would come down and shoot for five minutes. The same kind of situation happened with The Night Before, and Shannon feels equally rewarded flexing his comedic chops as he is diving into the more dramatic roles for which he is known: “I love doing stuff like that, just showing up and doing silly, goofy stuff.”

Despite his prolific nature, and the challenging nature of his work, Shannon remains self-effacing and pragmatic about his motivations for choosing the projects he does. “Ultimately, I’m trying to make … I dunno, art, I guess, that’s provocative in some way and helps people digest the current state of the world,” he says. “It’s a hard world to fathom and be in right now.”