Plus, Chadwick Boseman discusses his take on T'Challa 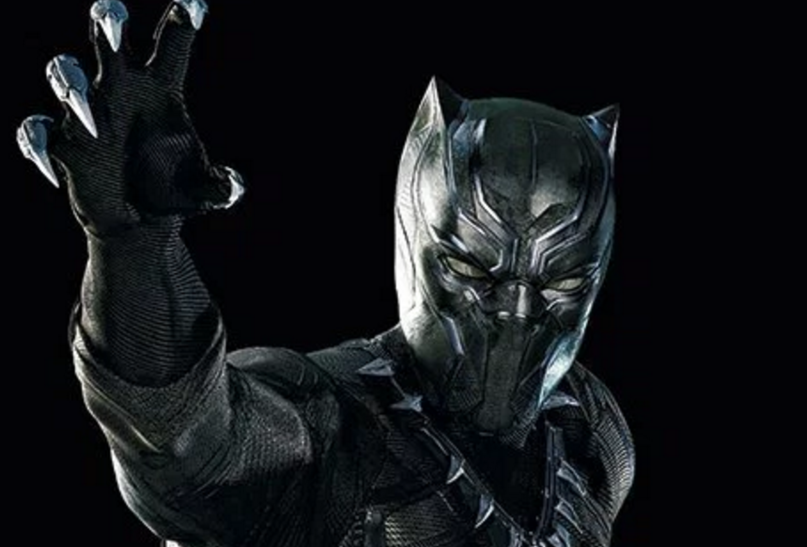 After making his first official appearance in the trailer for Captain America: Civil War, Marvel gives Black Panther the spotlight as EW has premiered a detailed image of actor Chadwick Boseman in full Panther gear.

In the up close shot, we’re given a clear look at the Wakandan prince’s razor-sharp vibranium claws, but it turns out that’s not the only place the metal’s used in the costume. “It has a sheen because its a weave of the strongest metal in this fictional universe,” said director Joe Russo, revealing that the suit is actually made entirely of the impossibly strong vibranium. “It’s like medieval chain mail, woven extremely thin,” added the other director, Anthony Russo. “It’s not comparable to any other costumes in the universe.”

Elsewhere in the story, Boseman discussed the role he plays in Civil War itself. Though his nation of Wakanda has largely stayed out of political affairs in the Marvel Cinematic Universe, an attack carried out by Sebastian Shaw’s Winter Soldier will apparently be the incident that drags him in. T’Challa isn’t exactly for or against the Sokovia Accords, the international agreement seeking to govern “enhanced” heroes after the incidents of past Marvel films. However, because of his conflict with Winter Soldier, it looks like Black Panther ends up fighting alongside Robert Downey Jr.’s Iron Man.

Still, Boseman cautions that, “Ultimately some sides are taken, but I think the trick of the movie is for no one to be blindly following. Everybody is actually on their own side, in truth.”

“There definitely is a sort of tradition that he’s torn between, in terms of how things were done in the past and how things need to happen now in this new world,” Boseman continued about his character’s motivations. “I think there’s perhaps a bit of a maverick there, and then there’s also a need to live up to traditions and his father’s legacy. And not even his father’s legacy, but the entire nation of Wakanda. I think those are the things you will see.”

As for T’Challa’s personality, Boseman said, “He’s definitely not the life of the party in this instance. I think this is something true of the comic book character and the movie. You never quite know where he stands. There’s always a bit of concealing and mystery. So I think mysterious is more his boat. Not to say there’s not charm and he can’t be a ladies’ man and all that. It’s more like if there is humor, it’s more like James Bond.”

We’ll get our first taste of this charming African hero when Captain America: Civil War hits theaters on May 6th. Boseman will then lead his own movie in Black Panther on Feburary 16th, 2018, just a few months before he appears once again in the first part of Avengers: Infinity War on May 4th.

Below, peep the cover of Entertainment Weekly featuring Cap, Iron Man, and Panther.