Plus, two new Islands records are on the way 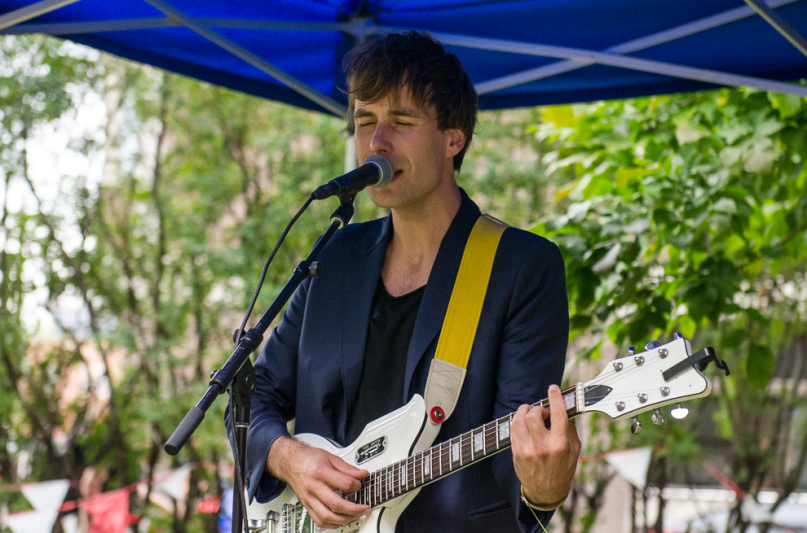 Thursday was an exciting day for podcast enthusiasts, as the second season of the popular investigative series Serial premiered its first episode. Once again, host Sarah Koenig takes listeners through a detailed and complicated story of crime and intrigue, this time focusing on US Army Sgt. Bowe Bergdahl. As with last season, Nick Thorburn, aka Nick Diamonds of Islands and The Unicorns, wrote new music specifically for the podcast.

Thorburn told to Vulture that he composed far more music this time, giving producers 25 pieces as opposed to last season’s 15. Though he said the hour of music he contributed is not “genre-specific,” he noted that, “This one I used a lot more synths. It’s a little more ambient-sounding. It’s not electronic, but it’s atmospheric.”

You can hear some of that atmosphere in Serial’s first episode via the podcast’s website. Update – Monday, December 14th at 9:25 a.m.: The entire theme song for season two is now streaming below.

Below, listen to the full soundtrack from season one.

In addition, Thorburn said that there “can be a symbiotic relationship between” his work on Serial and with his band Islands. In fact, he revealed that the band has a big 2016 planned, with two new albums in the in the pipeline and a “big reissue” of Return to the Sea to mark its 10th anniversary scheduled for the fall.