Paolo Sorrentino's latest is a languid meditation on aging, art, and the shadow of death 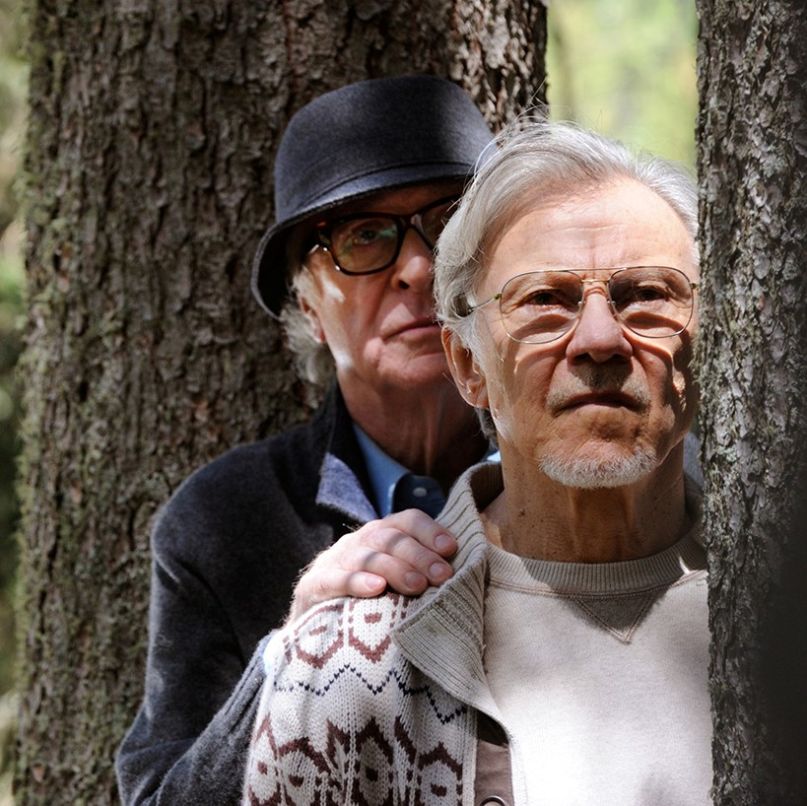 To age is to leave things behind. Everybody negotiates this in their own way, and as Paolo Sorrentino’s Youth observes, periodically this means disregarding age altogether, to simply barrel forth with resolve, accepting that this is who you will be now. It’s easier than looking back. Looking back means acknowledging that the things you chose to leave behind, or left you behind, still exist. Nothing is struck from the human record simply because one chooses to move on. Early in the film, Fred Ballinger (Michael Caine) is invited to perform for the British royal family, and while turning down the opportunity he observes of the Queen that “you take away one person and the whole world changes.” There is comfort in this thought. Pain, too.

Those extremes, and so many other nuances of the aging process, concern Sorrentino most heavily in Youth, the filmmaker’s latest examination of passion, pleasure, loss, sound, and other chief preoccupations. That last facet is essential; much of Youth concerns aural art of one form or another, as seen through those making it, or at least those who used to. Fred was once a composer, but is now retired. As he wanders the halls of the affluent spa in which he appears to keep semi-permanent residence, he’s sometimes reminded of his onetime vocation. On the odd morning he wanders out into the nearby hills, where he’s allowed the solitude to explore a sound that interests him, or recall a long-distant performance of one of his works.

Through Fred, Youth establishes the spa as something of an existential way station for the famously creative and/or affluent, whether it’s Fred’s close friend Mick (Harvey Keitel) and the group of twentysomething screenwriters with whom he’s holed up to pen his late-era “testament,” or Fred’s daughter and assistant Lena (Rachel Weisz), whose contentious relationship with her father is exacerbated early on when her husband decides to leave her for a pop star (real-life performer Paloma Faith). The interactions shared between residents are muted; most of them seem to be there to enjoy the relative silence, or for the occasional musical performances in the evenings. (Mark Kozelek shows up to serve as one of the film’s Greek muses, ushering the film from one encounter to the next.)

Sorrentino utilizes the picturesque, privileged locale to effects at turns haunting and deadpan hilarious, sometimes in the same scene. A Miss Universe pageant winner comes to stay at the hotel, which reawakens instincts long dormant in Fred and Mick, but her presence lends itself to a larger meditation about the deeply unattainable. Lena forces her father to tell her why he understands her husband to have left, which leads to a kind of emotional duress that gives way to a candid, bawdy chat between aging daughter and aged father. (Weisz has another moment, earlier, in which she dresses Fred down for his many onetime indiscretions, and it’s a superb piece of emotional revelation; Sorrentino films her in close-up, mid-mud bath, and it’s excruciating to take in.) Keitel takes his merry troupe of film-literate millennials to view the mountains, only to turn the trip into a visual metaphor for getting older. As they glance through a viewing telescope, he needs only spin it around 180 degrees to make a case for what it’s like to view one’s memories with encroaching age.

The spa is visualized a place of alternate beauty and decay. Sorrentino frames its many entertainments at a distance, from opulent dining spaces to red-lit saunas to pools filled with meditative souls of all ages floating shoulder-to-shoulder. Long takes bear witness to the quieter joys of being silent and solitary in a room full of people, even as the film also seems to consider how this may also be a sad place for some. While a few essential moments are sustained in intimate, almost invasive close-up, more often Youth ably captures what it is to be dwarfed by one’s world, to be made small again no matter one’s age.

Unlike in some of the filmmaker’s past work, however, Youth foregrounds the performance over the spectacle; Keitel turns in some of his finest work in years as the aging, fiery Mick, and Caine delivers a performance composed of untold multitudes. Most of what is made known about Fred by film’s end comes from secondary sources, and the actor is left to convey the anguish (and yet, crucially, beauty) of an age at which even the better memories start to fade. It’s a superb performance, one which trades heavily on Caine’s standing as a longtime figure in world cinema, and perhaps the most remarkable thing about it is the delicacy he’s able to maintain.

Wisely, Sorrentino keeps many of his grandest statements out of his characters’ mouths; for the many rich conversations the film captures, any larger comment about mortality is left subtle. What the film approaches more pointedly is the notion of what it is to make art while aging. An actor Fred befriends, Jimmy (Paul Dano), has come away to prepare for a taxing new role, only to struggle with his own limitations of perspective against Fred’s seeming contentment with his creative retirement. (The eventual reveal of what’s keeping Jimmy up at night makes for the film’s best visual joke.)

Jane Fonda appears in one stunning scene as Mick’s onetime muse, the actress who helped Mick make his name even as he made hers, who responds to his demands for artistic fulfillment with a searing tale of grudges long buried and a seething disinterest in Mick’s late-life navel gazing. There’s a cruelty to her observation that all Mick knows how to see is his own death, but there’s a truth to it as well. Artists get old, just like everyone else. And as Fonda puts it so bluntly, a lot of people do get worse with age.

If Youth occasionally takes potshots at easy targets (its general disposition regarding most post-millennial art could charitably be characterized as dismissive), it’s also concerned with far grander ideas. Sorrentino has been lauded as a cineaste’s filmmaker for good reason; while he finds moments of resonance in the banal, it’s decadence in all its forms that truly interests him. His vision of passion is, as Dano puts it at one point, “so pure, so impossible, so immoral, but I don’t care because that’s what makes us alive.” In this way, Youth circles around to commenting on itself even as it unfolds. Revelations are small, and deployed with scant ado; as the film understands well, not all past must become present again. Maybe it shouldn’t. Reconciliation can be cathartic, but it’s hardly guaranteed to be, and in no way is it obligated.

Back to the film’s setting for a final thought. Youth concerns itself heavily with the naked body throughout, but rarely does it turn for the lecherous. Its bodies shuffle around as if in herds, some young and comely, some older and tight, some older and not. Each is its own road map, to loves lost and works of art forgotten, to stories that were told already or might be or won’t at all. Some of them will disappear, and that will be it. Some, like Fred’s, get to leave behind the sort of music that the Queen ardently requests. The only commonality is that they will age, and somewhere beyond that, they will go. And if this be the ultimate eventuality for us all, Sorrentino suggests that there are worse ways to pass the interim time than in pleasure, whether auditory or carnal or romantic or visual. In Youth, the greatest pleasure to be had is to enter into the whole human comedy at all.