Music originally written for the 1982 classic has found new life 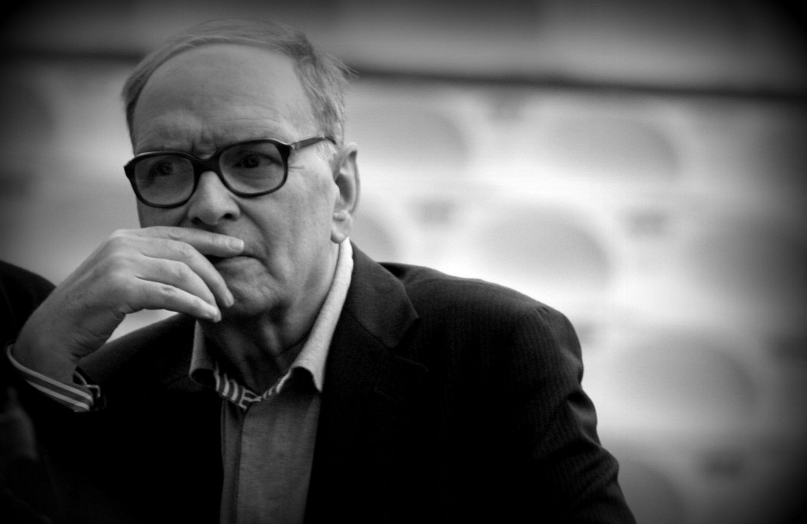 Quentin Tarantino pulled off a musical and cinematic coup when he was able to convince Italian composer Ennio Morricone to score The Hateful Eight. As the director revealed in a new post-screening Q&A with Christopher Nolan at LA’s DGA Theater, however, not all the music Morricone contributed to the film was actually written for it.

“I had a little voice in my head saying, ‘This material deserved an original score.’ And I’ve never thought that way before, I’ve never had that voice before. I didn’t ever want to trust a composer with the soul of my movie,” Tarantino said about making the choice to reach out to Morricone. Unfortunately, it became clear during their first meeting together that the composer wouldn’t have time to write a complete score. Tarantino had already shot the film, and would need the music in just a month’s time. “And he’s like, ‘This is not going to work. I’m working with Giuseppe Tornatore, and he just finished shooting the other day, and I’ve got to do his score, this is not going to work. I was told a lot of things that weren’t correct, and I’m really sorry.'”

But the director was taken by Morricone’s pitch for the feel of the theme, so he suggested using music from Morricone’s classic score to John Carpenter’s The Thing. It turned out this was an incredibly viable idea, as much of the music written for The Thing never ended up in the film. It was released on a now-out-of-print soundtrack, but that was it. “…’I wrote a whole orchestra score [for The Thing], and I wrote a whole synthesizer score, because I knew that was what [John Carpenter] was used to,” Tarantino said, parapraphsing Morricone, “and I gave him everything, and the only thing he used in the entire movie was the synthesizer main title [track].’ So basically, if you stay away from the synthesizer main title, all that music that’s on the soundtrack album has never been used in a movie ever. So, he goes, ‘What I can do is I’ll write the theme… and with the other Thing pieces of music, now you have your original score that’s never been used in a movie before.'”

Morricone ended up being so inspired by The Hateful Eight that he composed a total of 25 minutes of new music for the film as opposed to the original ten-minute theme track. “And so with that,” Tarantino said, “and the unused Thing portions that I used, [I’ve got] my original score.”

It’s quite possible that this means Morricone’s score will be ineligible for an Oscar, as not all the music qualifies as “original” for the film. Still, for film and score aficionados, it’s a fascinating revelation to learn that unused music from a horror classic will now live on in a violent modern Western.

The Hateful Eight opens wide on December 25th. Below, listen to Tarantino’s interview with Nolan (beware of spoilers between the 14- and 17-minute mark), plus revisit Morricone’s score for The Thing.