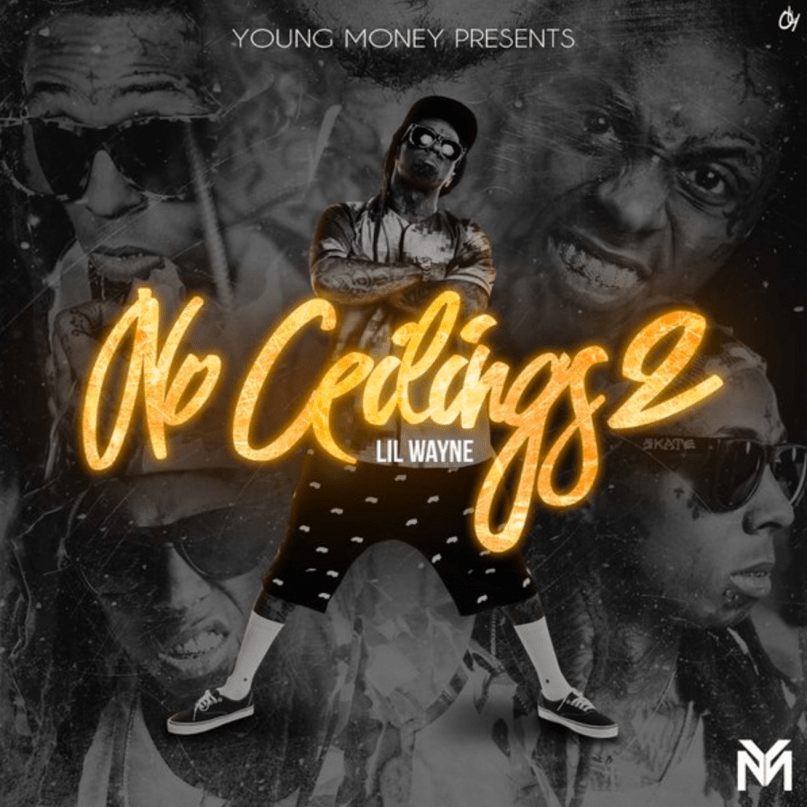 Lil Wayne’s world was a vastly different place when he released the first No Ceilings at the tail end of 2009. For one thing, it really seemed like he had no ceilings, no limitations as the era-defining rapper he was quickly becoming. Though he was getting ready to leave for an eight-month bid at Rikers Island, he was also in the middle of an unprecedented hot streak, adding to his legendary free mixtape run even after Tha Carter III became 2008’s best-selling album. No Ceilings instantly became an internet-breaking success thanks to Wayne’s stream-of-conscious brilliance and an all-new hit in the form of “Single” (later “I’m Single”). Back then, his many committed supporters were met with an equal number of opponents, but the fact that virtually every human being with ears had an opinion about the man was proof he was on top.

Now, compare those former glories to Weezy’s troubled 2015. Next Wednesday marks the one-year anniversary of the last release date given to Tha Carter V. Due to whatever exactly is going on between Wayne and Birdman, that album now seems as good as dead. July’s Free Weezy Album had highlights but ultimately flopped, losing the momentum created by the triumphant opener, “Glory”, one of Wayne’s best songs of the 2010s. Meanwhile, Drake, once known as Weezy’s protégée, has spent another year dominating rap his own way; it says a lot that eight instrumentals on NC2 come from Drizzy solo songs or collaborations, including five from What a Time to Be Alive. In April, Young Thug’s road manager shot up Wayne’s tour bus in Atlanta, and Wayne recently needed elbow surgery for an undisclosed injury. It’s been a long time since he was this far from the top.

Even so, he wouldn’t release a sequel to such a beloved project without serious intentions, and aside from quality, NC2 exists in step with its alpha version in a bunch of ways: It’s long (24 songs in 96 minutes), full of beats that other rappers made hits out of (in addition to original songs), and features No Ceilings alums Shanell and Lucci Lou, among others. While it occasionally meanders due to Wayne’s penchant for Auto-Tune gargles, it’s ultimately a respectable effort from Mixtape Weezy. Which is to say, it brims with memorably disgusting lyricism, inventive flows, and beats you’ve been dancing to all year.

Because these recycled beats and melodies give him a head start, the most crucial measure of Wayne’s artistry here is his rapping. Lyrically, he mostly sticks to his favorite subjects: his endless cash flow, his marathon bedroom sessions with your girl, and the potency of his drugs. Even in 2015, though, he’s able to find new ways to phrase things he’s said a thousand times before. The first lines that elicit a goofy grin are on the second track, the “Back to Back” remix, when Wayne says he needs time to “study” a blunt before he’ll “pass” it. Get it? Pretty good! If you want pure lewdness, head to these verse-capping lines from the “Milly Rock” remix: “Write your name on a bullet, she wrote my name on her dildo/ Smoking on that kill, though, got me happier than Gilmore/ I’m in chill mode, I’m in pill mode/ I just fucked your fuckin’ earhole.” Even if you think you’re desensitized to Wayne’s usual filth like, moments like that can be thrilling.

Wayne wouldn’t be Wayne, though, without putting together songs into an overall aesthetic for his projects. Fortunately, NC2 does have a particular, dark tone throughout and enough standout moments to suggest that Wayne obviously put work into this tape’s songwriting and sequencing. “Poppin”, originally by ex-Georgia Tech football star Rico Richie, is Wayne’s latest collab with Curren$y, who balances out Weezy’s spastic delivery with his usual slickness: “If you don’t collect Ferraris, you ain’t poppin’, nigga/ You could learn Italian in my driveway, bitches.” That “Milly Rock” remix features Lucci Lou and Turk, and both guests seize their moment. Later, with “Lil Bitch”, Wayne attacks 2 Chainz’s “Watch Out” while still allowing the original beat to work its skeletal, piano-tapping magic.

NC2 can be hard to stomach when Wayne gets carried away with his singing, which happens a few times. Whereas guys like Future and Lil Durk use Auto-Tune as a tool for bending their lines into new sonic shapes, Wayne mainly uses it to cover up his limited singing range, with mixed results. His choppy delivery on his “White Iverson” remix (retitled “Too Young”) counteracts the seamless drift of Post Malone’s original, while The Weeknd’s “The Hills” was always going to be tough for Wayne to do justice considering the undeniable, natural power of Abel Tesfaye’s voice. Wayne is still at his best when rapping his ass off, and blessedly, he does that just often enough here to sway opinions of him in a positive direction for 2016.