Babyface – Return of the Tender Lover 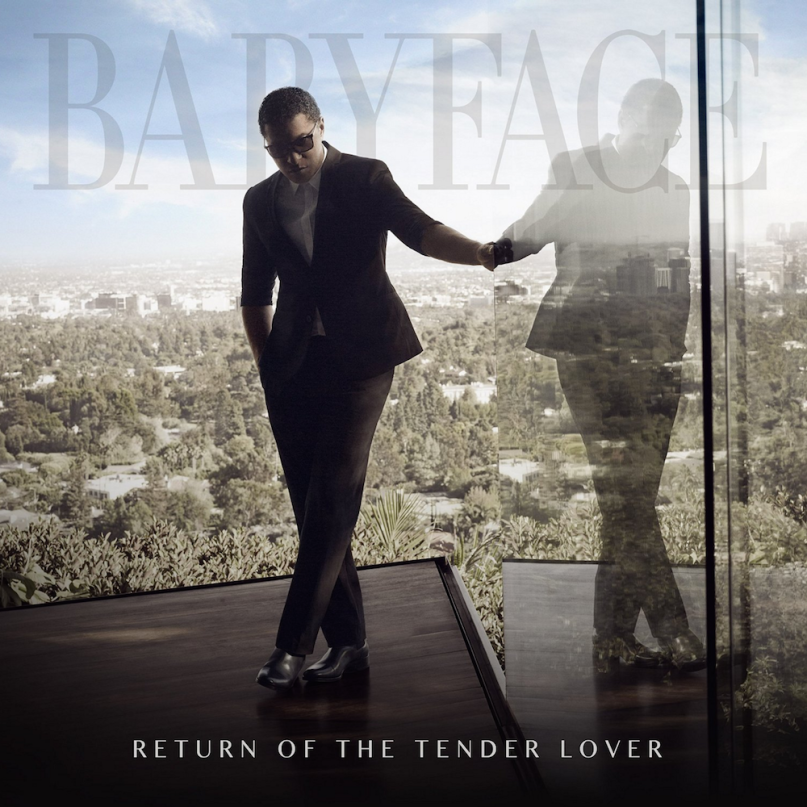 There was a time in the ’90s when R&B transitioned from a largely adult-oriented genre of music to something that was aimed towards a younger demographic. If I had to try to pinpoint the exact moment, I’d put the onus on the inclusion of Seal’s “Kiss from a Rose” on the Batman Forever soundtrack. Ever since then, it’s been a gradual descent into markedly less sophisticated material for the majority of the genre’s output. 2015’s most popular R&B song, The Weeknd’s “The Hills”, albeit a great track, is about escaping the friend zone for a few drunk booty calls, which is surely less than relatable for a large cross section of the adult R&B-listening population. After a 10-year break from releasing solo material, Babyface is back to rekindle the flame of ’80s and ’90s maturity in R&B, with an album so rich with legitimate emotions that it feels like sitting next to a warm hearth after years in the cold world of artists like The Weeknd and Drake.

Return of the Tender Lover isn’t necessarily a return to form for Babyface, but it never really set out to be one. There’s an earnestness present throughout the entire record that helps to capture that old-school sound that Babyface helped craft during his time as the biggest producer in the genre. In the lead-up to Tender’s release, Babyface referred to the album as “unapologetic R&B,” and there’s truly no reason that anyone should be apologizing for it. Songs like “We’ve Got Love” and “I Want You” are so overwhelmingly vibrant with studio instrumentals and high production quality that they feel personal on the very first listen. The warmth that is inherent in these songs gives them an immediacy that few other R&B singers and producers have been able to capture. Within the first moments of “We’ve Got Love”, a backing piano and saxophone intertwine to create a sound that will have you nodding along whether or not you want to. By the time Babyface’s effortlessly velvet voice comes in, it’s evident we’re in the presence of a seasoned vet.

Despite the gap in his résumé, this record feels like a victory lap for Babyface. His legacy has long been defined, but that doesn’t mean he has to stop polishing his sound. With minimal feature assistance (El DeBarge and After 7 both show up for a track), Return of the Tender Lover is largely a solitary affair. That gives Babyface the chance to prove he’s still got it after all this time based solely on his own merit, and he shows and proves that with aplomb. “Exceptional” recalls some of his work with Boyz II Men, with a slow-burning guitar lick that weaves in and out of the background while a simple drumbeat builds a bed of music for Babyface to effortlessly float over. “Your love is exceptional, worn of a heart of gold/ It fills me up to my soul, then my cup it overflows,” he croons, forgoing the longing lyricism from his 2014 collaborative record with Toni Braxton, Love, Marriage, and Divorce. There’s a tonal shift from that record to this one, the bitterness of a divorce record forgotten in favor of the overwhelming positivity of an album born out of a sense of contentedness in a relationship.

With a seemingly renewed energy, Babyface is back in business with two records in the last two years, and Return of the Tender Lover sets the table for an even bigger return to the public eye forthcoming. The talent hasn’t wavered even after an extended hiatus, and the veteran status of Babyface helps to bring a legitimacy back to adult-oriented R&B.