Zoolander 2 trailer is here, and with it the death of Justin Bieber — watch 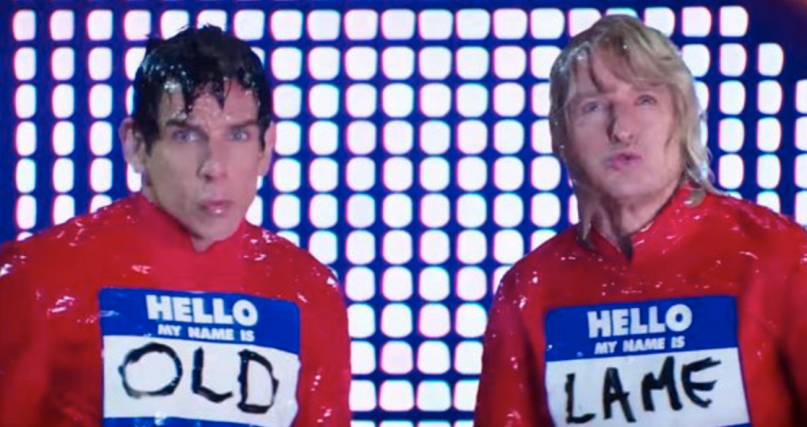 15 years ago, Derek Zoolander and Hansel McDonald were ridiculously good looking. In the new trailer for Zoolander 2, however, they’re just old and lamé. Paramount has released the first full-length preview for the February 12th release, and from the looks of it, the stakes of male modeling are higher than ever.

The plot essentially flips the script on the original, where beautiful people were being used as trained assassins to take out world leaders. This time around, trained assassins are being used to take out beautiful people like Justin Bieber, Usher, Miley Cyrus, and more. (We actually get to see the Biebs taken out in the trailer, if that’s not enough motivation to go see this film.) Each dead celebrity is wearing Blue Steel when they kick it, which leads an Interpol agent (Penélope Cruz) to recruit Zoolander (Ben Stiller) and Hans (Owen Wilson) to infiltrate the European high fashion scene and find out who’s behind it all. It’s Will Ferrell’s Mugatu, obviously, but it’s the journey, not the destination.

The trailer also gives us a first hilarious look at Benedict Cumberbatch as a perfectly androgynous model named All, and Kristen Wiig as the queen of European fashion, Alexanya Atoz. Check it out below.