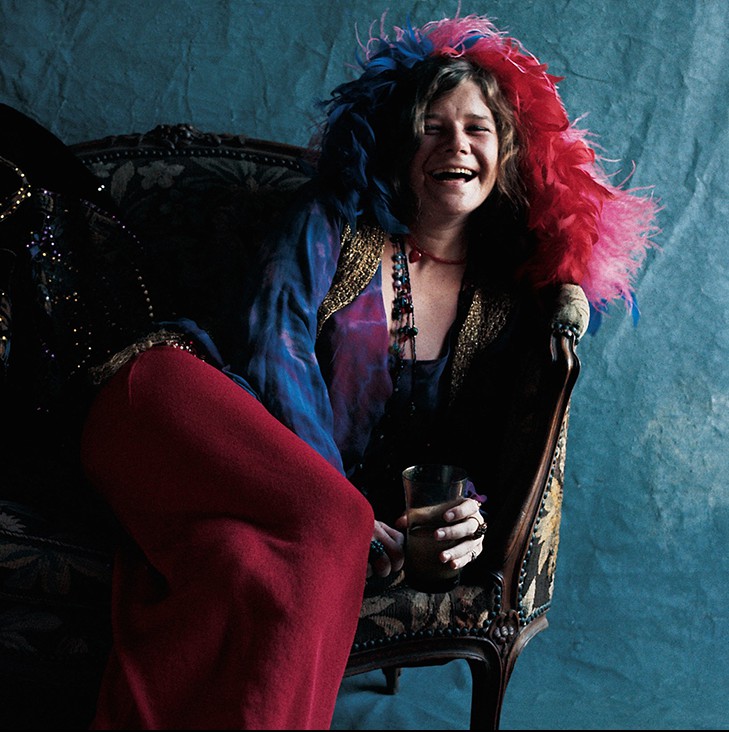 Note: This review was originally published back in September 2015 as part of our coverage for the Toronto International Film Festival 2015.

When you watch an offering from PBS’s American Masters, the profile series which explores the lives and work of American cultural icons and artists, you can be pretty sure of what you’re going to get. What the films lack in innovation or the ability to surprise an audience they more than make up for with almost uniform quality, consistently delivering solid and reliable documentaries helmed by talented filmmakers with a relatively clear-eyed affection for their subjects.

Lauded documentarian Amy Berg’s (Deliver Us From Evil, West of Memphis) Masters offering, a profile on the tragic rock and roll icon, Janis Joplin, follows the tried and true formula quite well.Through interviews from Joplin’s siblings and few adolescent friends, in addition to letters and scrapbooks from her childhood, Berg pieces together the story of a sweet misfit who struggled to fit in – or at least actively avoid torment – in her hometown of Port Arthur, Texas before finding both a sense of belonging in the San Francisco music community.

The film charts her singing career, from its ignoble beginning (she was kicked out of a Port Arthur choir) and her first flirtations with singing along to Odetta records, to her time with Big Brother and the Holding Company, and the promise of her post-BBHC career, which was cut short by her fatal heroin overdose in 1970. It also looks into Joplin’s longterm struggle with drugs and addiction and her battles to get – and stay – clean.

Even though it meets all of the usual standards of the American Masters style, though, Janis: Little Girl Blue ends up bringing something slightly different and surprising to the series. It has all of the hallmarks of PBS-friendly rock doc, packed with the requisite archival footage, featuring performances, interview clips, television appearances (including her haunting final time on The Dick Cavett Show), and lightly seasoned with with raucous anecdotes about Joplin accidentally swilling a bottle of champagne that had been liberally dosed with acid. But it’s about as different from the usual rock and roll film fare as young Janis was from her peers growing up. Little Girl Blue is not cool in any normal sense of the word. It’s honest, emotional and reflective, as much if not more about Joplin as a person than as a talent or a legend.

The interviews with friends, family, former lovers, and colleagues are almost uniformly thoughtful, frankly discussing what they remember about their time with Joplin and adding their own personal insight into why they think she behaved the way she did. Her brother and sister dissect her relationship with them and her parents with a complete lack of nostalgia or resentment. Her Big Brother bandmates frankly analyze the ways in which they helped their singer, and consider the ways in which they might have been holding her back. Dick Cavett coyly jokes about their rumored relationship, but also speaks, with great sadness, about his growing concerns about her heroin use and her reasons for using.

But the most impressive and probing voice of all in Little Girl Blue is that of Janis herself. With unprecedented access to the singer’s private collection of scrapbooks and letters to family and friends – read aloud in the film by Cat Power – Berg is able to craft a much deeper look into the woman behind the myth and the result is unexpected, to say the least. The Joplin we see in her letters is refreshingly self-aware, and playfully philosophical. Constantly self-reflective but never self-absorbed, she writes with great clarity about her insecurities about her appearance, ambition, and need for admiration.

In a film filled with so many of the singer’s most magnetic performances and most famous quips, this quieter, previously unknown Janis constantly manages to steals the spotlight.